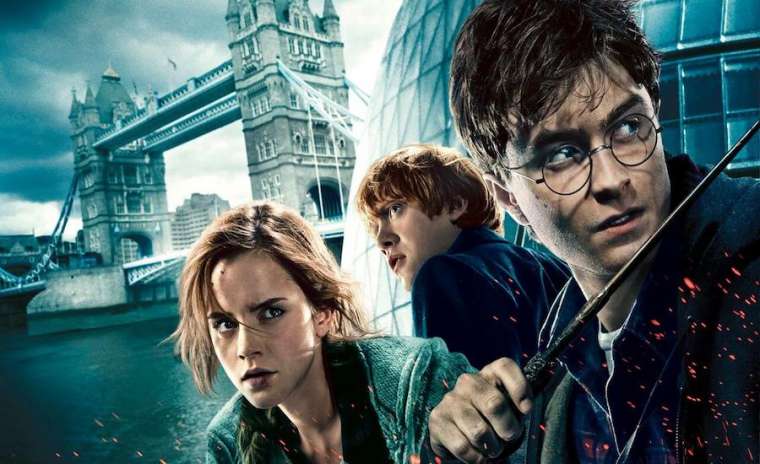 A Catholic elementary school in Nashville has banned the seven books of the Harry Potter series due to concerns the books promote witchcraft and black magic. An exorcist and a Catholic author talked with CNA about the Harry Potter books and the Catholic faith.

“These books present magic as both good and evil, which is not true, but in fact a clever deception,” Fr. Dan Reehil, pastor at Saint Edward School in Nashville, said to parents in an Aug. 28 email.

“The curses and spells used in the books are actual curses and spells; which when read by a human being risk conjuring evil spirits into the presence of the person reading the text,” the priest added.

Reehil said that the books “glorify acts of divination; of conjuring the dead, of casting spells among other acts that are an offense to the virtue of religion — to the love and respect we owe to God alone. Many reading these books could be persuaded to believe these acts are perfectly fine, even good or spiritually healthy.”

Reehil told parents he made the decision to ban the books after consulting exorcists in both the United States and Rome.

The Harry Potter books have been controversial since the first book was published in 1997. The American Library Association listed the Harry Potter series as its first-most challenged books in 2001 and 2002. The books were challenged due to claims of being “anti-family,” containing “occult/satanism” content, and violence.

Series author J.K. Rowling has rejected the idea that her books contain anti-Christian messages. In a 2007 interview, the author said that she believed there were parallels between the series’ title character, Harry Potter, and Jesus Christ.

Monsignor Charles Pope, a priest and exorcist of the Archdiocese of Washington, told CNA that “it’s always good to err on the side of caution in these matters,” adding that the decision to remove the books from the library was a “prudential judgment.”

“I think that in times like these we need to be extra cautious, and so as a general rule I’d support it, but I think every individual parent would have to work with their own kids on these matters,” Pope said.

Pope told CNA that he has not read the Harry Potter books nor seen the movies apart from “some excerpts,” and said with a laugh that the series is “way past (his) age.”

Rosamund Hodge, an author of young adult fantasy novels and a lay Dominican, told CNA she thinks concerns about the “magic” in Harry Potter are overblown.

“The magic in these books is about as ‘real’ as Cinderella’s fairy godmother singing ‘bibbidi- bobbidi-boo,’” she told CNA.

“While [Author J.K.] Rowling does occasionally draw from actual occult folklore for some of her world-building…the spells her characters use are usually just fake Latin describing what they’re supposed to do.”

Hodge does not believe there is a risk of children accidentally conjuring evil spirits through repeating the “spells” used in the books.

“Children are about as likely to summon demons by play-acting Harry Potter as they are to accidentally sell their souls by proclaiming ‘Abracadabra!’ while performing card tricks,” Hodge said.

Hodge said that while Rowling “does not write with a Catholic imagination,” she is not concerned with the allegations of “occult” content in the Harry Potter books.

The author told CNA that Catholic children might learn something from the books, even though the series characters do not possess a Catholic worldview.

“I think the proper response is not to ban the books, but to discuss them,” she said. “If children learn how to cope with Harry and his friends sometimes believing the wrong things, perhaps they’ll be prepared for the Thanksgiving dinner where their favorite uncle announces that euthanasia should be legal.”

Pope told CNA that, no matter their decision about Harry Potter, Catholics should guard against any sort of dabbling with the occult or witchcraft.

“Once you’re into actual witchcraft you are in the dark side, since there’s nothing of God in this. It’s a violation of the First Commandment,” he said.

“I mean, I’ve had to look this devil in the face,” the priest added. “He’s very real. He’s very pernicious. He’s also very sly. We need to be sober about his present action in the world.”