A council has launched an inquiry after being slow to respond to warnings that a small boy was being raised as a girl.
The boy, who cannot be named, has been removed from his mother after a High Court ruling said the mother had made her son wear dresses and act as a girl, and had caused him “significant emotional harm”.
In the judgment, Mr Justice Hayden noted that several authorities had alerted the local authority about the child, including the boy’s school. He said the local authorities lacked “common sense” when in 2014 they investigated but failed to take action.
The boy’s mother dismissed the school’s concerns by saying, “They were Roman Catholics.” Mr Justice Hayden interpreted this as meaning “that the staff were religiously or culturally opposed to gender dysphoria or unreceptive to it in some way”.
The judge described this as “rather crass cultural and religious stereotyping”, and expressed his surprise that a social worker had accepted it at face value.

The judgment concluded that the school had in fact acted well and should have not have been dismissed. “Not only is the local authority’s response unsatisfactory it is also discriminatory,” the judgement says. “The school’s concerns, referred to the social services, were well reasoned, thought through and an impressive example of appropriate safeguarding.”
The judge said the mother had “developed a belief structure which she has imposed upon her child.”
He added that the “profile and sensitivity” of transgender issues at the moment “blinded a number of professionals from applying their training, skill, and, it has to be said, common sense.”
The boy, who now lives with his father, was made to wear dresses and nail varnish, and to live as a girl. However, when mistaken for a girl by a visiting teacher, he announced in front of the whole class: “No, I am a boy.”
While living with his father, the boy has shown an interest in Power Rangers, football stickers and other “masculine interests”, the judge said. He added that this was unlikely to be the result of his father’s influence, since the father did not share the same interests.
My Justice Hayden said the child’s mother (referred to as “M”) spoke more earnestly about transgender issues than about her child (“J”). “What struck me forcibly, both then and indeed at this final hearing, was that M spoke of J only in the somewhat opaque and convoluted argot of social work and psychology,” the judge said.
“She offered an impressive, intense and highly articulate evaluation of the problems faced by children with gender dysphoria but she conveyed no sense of J’s personality, temperament or enthusiasms, notwithstanding frequently being encouraged to do so. Repeatedly she struck me as a professional witness giving evidence about somebody else’s child.”
Earlier this month, Bishop Mark Davies of Shrewsbury urged Catholic schools to confront the “radical ideological challenge” of gender theory, and said Catholics must not “compromise the truth of our faith nor allow the truth about the human person to be obscured.” 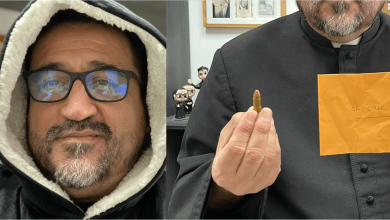