Hillary Clinton’s staff shared what they think about Catholics in an email exchange released by WikiLeaks. Catholics will NOT be happy with the attitude. The contemptuous email exchange describes Catholics as “backwards.”
An email chain from the Clinton administration reveals their attitude towards American Catholics. A 2011 exchange entitled, “Conservative Catholicism” speaks about Catholics in a condescending tone and refers to us as “backwards.”
The email was authored by John Halpin, a senior fellow at the Center for American Progress, and was sent to Jennifer Palmieri who is now the Director of Communications for the Clinton campaign. Clinton campaign chairman John Podesta is also included in the conversation.
The discussion is scathing and cruel to say the least.
It is obvious that Hillary Clinton and Catholicism are not allies, but for someone who wants to be “Your President,” it’s disgusting. Obviously these are the kinds of attitudes tolerated in the Clinton campaign. Her own campaign chair, Podesta, did not respond to condemn this rabidly anti-Catholic attitude between his subordinate and a key supporter.
The relevant portion of the email exchange is republished below.
If you have any doubt that evil lurks within the ranks of the Clinton campaign, let it now be dispelled. Hillary Clinton and her minions are not your friends and they think you are stupid. These people have no concern or regard for you. A vote for them is arguably, virtually the same as a minority voting for Adolph Hitler.
Re: Conservative Catholicism
From:jhalpin@americanprogress.org
To: JPalmieri@americanprogress.org, john.podesta@gmail.com
Date: 2011-04-11 21:10
Subject: Re: Conservative Catholicism
Excellent point. They can throw around “Thomistic” thought and “subsidiarity” and sound sophisticated because no one knows what the hell they’re talking about. Jennifer Palmieri
wrote: I imagine they think it is the most socially acceptable politically conservative religion. Their rich friends wouldn’t understand if they became evangelicals.
—– Original Message —–
From: John Halpin
To: John Podesta ; Jennifer Palmieri
Sent: Mon Apr 11 18:55:59 2011
Subject: Conservative Catholicism
Ken Auletta’s latest piece on Murdoch in the New Yorker starts off with the aside that both Murdoch and Robert Thompson, managing editor of the WSJ, are raising their kids Catholic. Friggin’ Murdoch baptized his kids in Jordan where John the Baptist baptized Jesus.
Many of the most powerful elements of the conservative movement are all Catholic (many converts) from the SC and think tanks to the media and social groups.
It’s an amazing bastardization of the faith. They must be attracted to the systematic thought and severely backwards gender relations and must be totally unaware of Christian democracy. 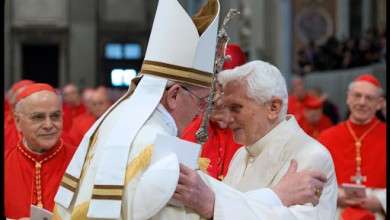 2015 the worst year so far for Christians: Record-breaking list of Christian-Persecuting Nations released