The Super Bowl-bound Butker talks about his faith in this EWTN interview.

As the Kansas City Chiefs prepare to face the San Francisco 49ers in Super Bowl LIV, all eyes are on quarterbacks Patrick Mahomes and Jimmy Garappolo, representing the ascent of the league’s younger generation to the league’s biggest contest.

Kansas City Chiefs’ place kicker Harrison Butker may not be a household name, but the sure-footed 24-year-old could end up being the deciding factor in a game that is expected to come down to the wire. He is second in NFL history in career field goal percentage with 89.7%.

In an interview with EWTN last year, Butker talked about how he was raised Catholic, but, like many teens, began to lose his faith in his high school years. In the interview, he explains how talking with a Catholic teammate at Georgia Tech led him back to the sacrament of Confession, where he experienced a powerful conversion of heart.

And check out the Knights of Columbus video on Butker’s faith journey here:

Coincidentally, another Catholic kicker, the Baltimore Raven’s Justin Tucker,  holds first place for highest field goal percentage with a 96.6% over his career. Tucker has also been open about his faith, and has made headlines here for singing “Ave Maria.”

Cardinal Mueller to graduates: 'Dare to be great' 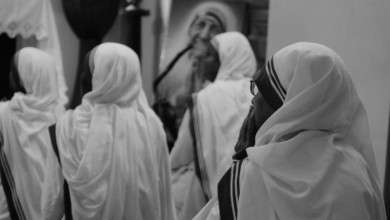