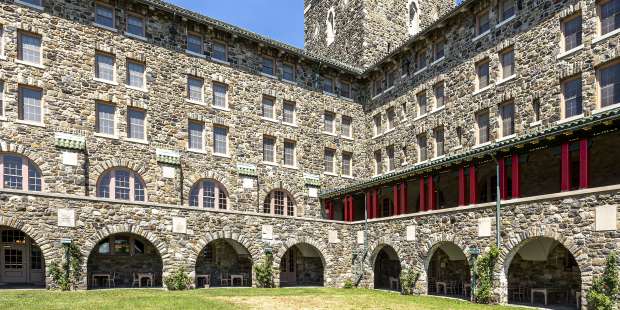 AU.S.-based missionary society, whose members have faced dangers overseas from disease and religious persecution, has experienced loss of life right on its home territory, due to the novel coronavirus.

Maryknoll, which includes separate communities of priests and religious sisters, has lost more than a dozen members to COVID-19, according to media reports.

Ten Maryknoll priests have died since the beginning of April, and while only two of them tested positive for COVID-19, the other eight were suspected of having been infected with the virus, according to Eyewitness News.

“The other [eight priests] are likely to have passed of the virus because they had the signs and symptoms, but they were not tested,” Bob Ambrose, COO of Maryknoll Father and Brothers told the Rockland/Westchester Journal News.

On Monday, Eyewitness News quoted Maryknoll Fr. Raymond Finch, Superior General, as saying, “At this point, we have had 15 people total tested. Those 15, three are in very serious condition and the others have been doing okay.”

“In a congregation of 352 sisters, 30 have tested positive along with 10 other staff members,” the Journal News said Friday. “The pandemic’s sweeping impact on the community has forced infected sisters to be moved to other locations for medical care, a spokeswoman said.”

“We can no longer gather as a group, even a small group, together to pray together,” Sister Antoinette Gutzler, the president of Maryknoll Sisters, told the Journal News. “With the sisters, you know, who have died … it’s like they’re in isolation. We can’t be at their bedside and pray for them.”

“This is the first Easter that I have been through in my entire life alone, meaning we could not service the people that we serve,” Fr. Finch told Eyewitness News. “It’s very difficult.”

There are 288 priests in the order around the world, with 123 of them at Maryknoll.

“We find ourselves joined with all people throughout the world,” Sr. Gutzler said, “in this common suffering.”