A state pro-life group expressed its disapproval after The United States Supreme Court refused to hear a case on Monday, that overturned North Dakota’s limits on abortion to before a fetal heartbeat can be detected,”It is disappointing that the United States Supreme Court has once again failed to recognize the human rights of unborn children,” North Dakota Right to Life stated Jan. 25 in response to the Court’s refusal”
The refusal however, left in place July’s ruling by the Eighth Circuit Court of Appeals, which upheld a district court decision striking down the abortion law.
In 2013, the state’s legislature had put a ban on abortions after the detection of a fetal heartbeat, around six weeks of pregnancy. A licensed doctor would have to ascertain there is no fetal heartbeat before carrying out an abortion, as stipulated by the law.A district court judged and ruled the law unconstitutional, the Eighth Circuit Court supported that ruling in July. North Dakota Right to Life stated “Having a heartbeat is a universal sign of life, and all human beings with heartbeats should have legal protection,this is especially disconcerting on the anniversary of the mistakes of Roe v. Wade and Doe v. Bolton.” Those decisions on January 22, 1973 recognized a woman’s legal right to have an abortion.
At issue is the point in a pregnancy when a fetus is determined to be viable. The state referred to the opinion of an obstetrician who concluded viability at a fetal heartbeat, around six weeks. The plaintiffs in the suit quoted two medical experts who claimed a fetus is viable much later, around 24 weeks.
The Eighth Circuit cited previous Supreme Court precedent in Roe and in Planned Parenthood v. Casey and concluded that it could not overturn the district court’s decision.
According to the decision, the Court had previously ruled that the viability of a baby is the point at which it can survive outside the mother’s womb, although with artificial support; the North Dakota law disagreed with that ruling because it determined viability at a much earlier stage. Thus, it was a violation of a woman’s constitutional right to have an abortion before viability.The court decided, “Just as we are bound by the Supreme Court’s assumption of Casey’s principles, we are also bound by the Court’s statement that viability is the time ‘when, in the judgment of the attending physician on the particular facts of the case before him, there is a reasonable likelihood of the fetus’ sustained survival outside the womb, with or without artificial support”. The circuit court decision added, “good reasons exist for the Court to reevaluate its jurisprudence.” The Court had detracted too much from the states’ interest in defending unborn human life. However, advancements in sciences and technology since the Roe decision have allowed for greater study, exploration and knowledge of unborn human life.

The Life-saver of many Jews is to be canonized 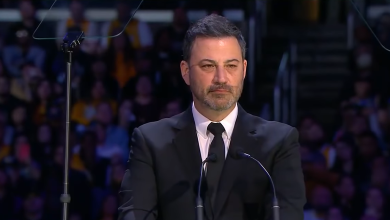