From the Plague of Athens to the “Spanish flu,” the world has seen some pretty high death rates.

There have been more than 25 million cases of COVID-19, with more than 844,000 deaths, according to the World Health Organization. Many experts are worried that going into the fall and winter in the northern hemisphere, the situation could get far worse.As everyone is all too aware, the pandemic is about more than people getting sick or dying. Lockdowns, quarantines, requirements to mask up and stay six feet apart have all impacted the way people think and behave. Reduced mobility and restrictions on commerce have hurt the economy, both in a macro sense and where people feel it the most — in layoffs and reduced earnings.

But take heart: it’s not like we’re living in the time of the Black Death, which some estimate to have killed 200 million people.

A quick look at some of the worst plagues and pandemics in history can help us put the situation into perspective.

Fewer than a million people have died from COVID-19. Not to diminish any one particular death — everyone is someone’s son or daughter, brother or sister or friend — but a million people out of a world population of some seven billion gives us a pretty small percentage. It’s nothing like the Plague of Athens, which we know about from the Greek historian Thucydides. The outbreak, which occurred during a series of wars with Sparta at the end of the 5th century BC, may have killed up to 25% of the population, some scholars estimate.

When the novel coronavirus first started making headlines in January, newspapers reported on a “mysterious” illness causing pneumonia among residents of Wuhan, China. The element of mystery was even more pronounced in 2nd-century Rome. Soldiers returning from victory in Parthia in 164 brought a “mysterious disease,” writes Sarah K. Yeomans in Bible History Daily. Based on the contemporary physician Galen’s writings, modern scientists generally agree that the disease was smallpox. Whatever it was, the “Antonine Plague” ended up killing between 7 million and 8 million people — approximately 10% of the Roman Empire’s total population.

While COVID-19’s morality rate (i.e., the percentage of those who contracted the disease who do not survive) went as high as 10% in New York City earlier this year, the mortality rate of the Antonine Plague was approximately 30%.

“Aside from the practical consequences of the outbreak, such as the destabilization of the Roman military and economy, the psychological impact on the populations must have been substantial. It is easy to imagine the sense of fear and helplessness ancient Romans must have felt in the face of such a ruthless, painful, disfiguring and frequently fatal disease,” writes Sarah K. Yeomans in another article at Bible History Daily, in words to which we can certainly relate.

In the following century, Bishop Cyprian of Carthage described a transcontinental pandemic that came to be named for him. The “Plague of Cyprian” lasted from 249 to 270, and at its height, as many as 5,000 people died each day, according to an Athenian historian.

“The sociopolitical and economic consequences of the disease event were major contributing factors to what is sometimes referred to as the ‘3rd-century crisis,’ a period of upheaval and instability in the Empire that lasted for decades, and which eventually led to Rome’s dissolution in the West and its refashioning as a Christian empire in the East,” Yeomans writes.

So far, we’ve been referring to these events as “plagues.” Very often, in the modern imagination, we associate that word with the particular disease that devastated Europe in several outbreaks in the Middle Ages, particularly the “Black Death.” But it was the so-called Plague of Justinian that marks the first known appearance of the Yersinia pestis bacterium, known today as the bubonic plague, on the European continent. This was in the middle of the 6th century. Primary sources place its mortality rate somewhere between 50% and 60%. Again, that’s the percentage of people who were exposed to the bacterium who ended up dying.

The Black Death in the 14th century had similar mortality rates. It is estimated that the population of Europe in the mid-14th century dropped from 450 million to 350–375 million.

“The plague arrived in Europe in October 1347, when 12 ships from the Black Sea docked at the Sicilian port of Messina,” said History.com. “People gathered on the docks were met with a horrifying surprise: Most sailors aboard the ships were dead, and those still alive were gravely ill and covered in black boils that oozed blood and pus.”

There were several pandemics in the 20th century, including the most well-known, the 1918 “Spanish flu.” Interestingly, “Spanish flu” is a misnomer. Though there was certainly an outbreak of it in Spain, the pandemic did not originate there. Spain was a neutral country during the First World War, and its press was not subject to the censorship other countries were. So news reports of the pandemic coming out of the Iberian Peninsula gave people the impression that the disease was a Spanish one.

“Allied countries and the Central Powers had wartime censors who covered up news of the flu to keep morale high,” History.com said.

Nevertheless, in a two-year period, about 500 million people, or one-third of the world’s population, became infected with the virus, and at least 50 million people worldwide died, including about 675,000 in the United States, according to the Centers for Disease Control and Prevention.

A few people alive today remember the 1918 pandemic, including Benedictine Sr. Vivian Ivantic. She was five years old at the time and doesn’t remember many details, but she does remember her mother crying — because her own mother died of flu. Young Vivian did not get sick, but over a century later she had a mild case of COVID-19. Fully recovered now, she celebrated her 107th birthday in Chicago last Friday, according to the National Catholic Reporter’s Global Sisters Report.

Sr. Vivian has the perspective of age. The rest of us can get a similar perspective from history.

As the Duke and Duchess of Norfolk show, divorce isn’t always inevitable when a marriage breaks down 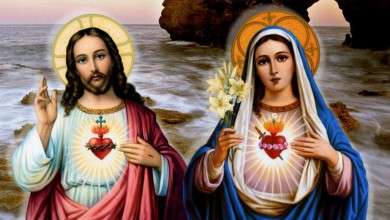 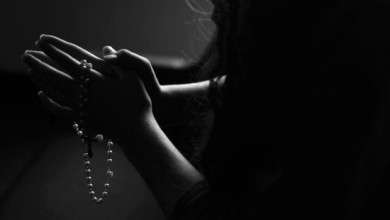