Please pray for all involved in this horrific crime!

An alleged sexual abuse victim in France killed a priest after forcing a crucifix down his throat on Nov. 4.

FranceInfo reported that 19-year-old Alexandre V., allegedly murdered retired 91-year-old abbot Father Roger Matassoli in his Northern France home after shoving a crucifix down his throat and suffocating him. Fr. Matassoli allegedly sexually abused both Alexandre and his father. Alexandre also worked as a housekeeper in the priest’s home.

Several additional men accused Fr. Matassoli of molestation during the murder investigation. Victims said Church officials moved Fr. Matassoli to various parishes over the years, rather than removing him from ministry altogether.

The sister of one of the victims said “Father Matassoli has claimed many victims,” and everyone in the village knew the rumors” of the abuse, “but no one took any action.”

In a statement on the Beauvais Diocese website, Bishop Benoit-Gonnin expressed a “firm condemnation of all sexual abuse, particularly when it is committed by a priest.” He also invited victims to report the abuse to the diocese, offering them his support and prayers.

“I think first of the victims of Father Matassoli,” the Bishop said. “For several decades, they have borne the brunt and the suffering of the acts of which they were victims. By asking their forgiveness, I assure them of my availability and my prayer. I also entrust them to your prayer.”

“Here, I repeat my availability and that of the diocese, to collaborate with justice.”

Let us pray for the healing of all abuse victims, as well as an end to clerical sexual abuse.

Our Lady, please pray for us! 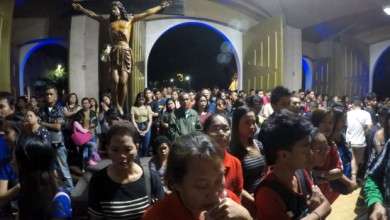 In Philippines, no handshakes during Sign of Peace as coronavirus fears grow