The third person of the Blessed Trinity, the Holy Spirit, is sometimes referred to as “the forgotten” member of the Godhead. He is, no doubt, the least spoken of among the three persons of God, the Father, the Son, and the Holy Spirit. Most students of our Catholic theology of the Trinity agree: Pneumatology, or the study of the Holy Spirit, is probably the least developed, after the study of the Son and the Father. It is, therefore, no surprise to find many Catholics ill-equipped to deal with some of the more notable errors concerning he who is “the Lord and giver of life.” Thus, studying the person and nature of the Holy Spirit, though sometimes neglected, is crucial for us as Catholic apologists and as Catholics in general.

More than a Force

One of the first reasons given for denying the divine nature of the Holy Spirit is often to point out that the Greek word for “spirit” (pneuma) is neuter. John 14:26, for example, refers to the Spirit as to pneuma to hagion (the Holy Spirit). The claim goes that Father and the Son are clearly personal, masculine terms, and therefore, they are revealed as persons. “Spirit” being neuter, on the other hand, supposedly indicates we are dealing with an impersonal force rather than a person.
Catholics agree that spirit in Greek is a neuter term. But this does not necessarily mean the Holy Spirit is impersonal. Nouns in Greek are assigned gender as they are in many languages. In Latin and the modern romance languages, this is the case as well. For example, the Latin word for lance is lancea, which is feminine. This does not mean that lances or daggers are actually female and personal! The same can be said for Greek words such as kardia, heart. The fact that this Greek word is feminine does not indicate hearts to be female and personal. Nor does the fact that a word like baros, Greek for arrow, which is neuter, indicate arrows to be impersonal forces. Words are simply assigned gender in these languages.
Further, if being referred to as “spirit” indicates the third person of the Blessed Trinity is impersonal, then both angels and God the Father would have to be “forces” rather than persons as well. In John 4:24, Jesus says “God is spirit (Greek pneuma) and those who worship him must worship in spirit and truth.” And in Hebrews 1:14, angels are referred to as “ministering spirits (Greek pneumata) sent forth to serve, for the sake of those who are to obtain salvation.” The key here is to examine the context and usage of a word in Scripture, rather than just its “gender,” in order to determine whether we are dealing with a person, a force, or perhaps just an arrow.
Speaking of the importance of context, the verse of Scripture used to “prove” the Holy Spirit to be an impersonal force actually demonstrates, when examined more fully, that the Holy Spirit is both personal and masculine. John 14:26 says: “But the Counselor, the Holy Spirit, whom the Father will send in my name, he will teach you all things, and bring to your remembrance all that I have said to you.”
Three key points are in evidence here. First, “the Counselor” is ho paracleto in Greek, which is masculine, not neuter. Second, when the text says he will teach you all things the demonstrative pronoun (Gr. ekeinos) is used in the masculine singular. This is significant because the inspired author could have used the neuter ekeino, but he did not. If the Holy Spirit were an impersonal force, the inspired author would not refer to it as a he. And third, notice what the Holy Spirit does. Jesus says he will both teach and remind us “all that [he has] said to [us].” Action follows being. One cannot teach and remind if one does not have the intellectual powers unique to rational persons that enable one to do so. The Holy Spirit is clearly a person.
Indeed, the Holy Spirit is referred to in personal terms by our Lord throughout the New Testament. If we only consider John chapters 14, 15, and 16, the evidence is overwhelming. This is not to mention the abundance of examples we could cite throughout Scripture, both Old (in seed form) and New Testaments. Let’s take John 14:16-17 to start. Jesus says,

The Holy Spirit is personal. He convinces of sin, teaches the truth, speaks, declares things that are to come, and so on. These texts leave no doubt as to the personhood of the Holy Spirit.

How to “Pour Out” a Person

One last obstacle for some who deny the personhood of the Holy Spirit is found in Acts 2:14-18. In this text, St. Peter describes the power of God being manifested on the day of Pentecost by quoting Joel 2:28:

The question is often asked, “How can you pour out a person? Is this not proof the Holy Spirit is a force rather than a person?” The answer is a resounding no! Consider Psalm 22. This is a messianic Psalm referring to our Lord’s Passion. But notice how it describes our Lord in verse 14: “I am poured out like water . . . ” Would we say Jesus is just a force and not a person because he is “poured out” in this verse? Of course not! So it goes with the Holy Spirit. We do not deny the verses of Scripture indicating his personhood because he is described as being “poured out” in Acts 2:17.

The Holy Spirit is Omniscient

The Lord and Giver of Life

Among the many texts revealing the Holy Spirit’s divinity, perhaps the most plain and unmistakable are found in Hebrews. First, we’ll examine Hebrews 3:7-10:

Notice the Holy Spirit is synonymous with God himself. In Hebrews 10:15-17, the reference is even more clear:

The Holy Spirit is revealed here to be both a person and divine. He is depicted as “bear[ing] witness,” “establish[ing] a covenant,” is referred to as “the Lord,” “puts [his] laws on [our] hearts,” and even forgives sins. How many Catholics realize when they recite the Nicene Creed every Sunday at Mass that they are clearly and concisely professing just what we see here in Scripture: The Holy Spirit truly is “the Lord and Giver of Life.” 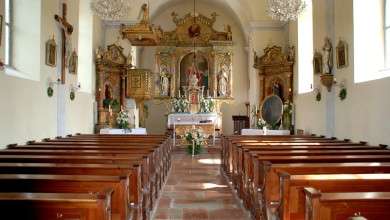 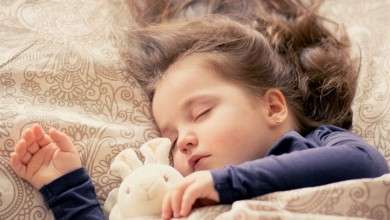 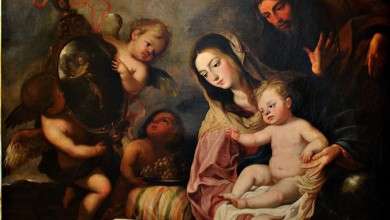 The Commemoration of the Most Holy Name of Jesus 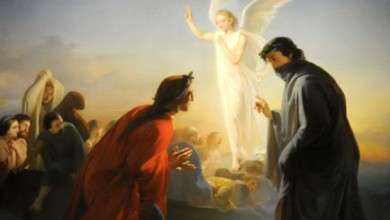 Let’s do Purgatory for Lent!