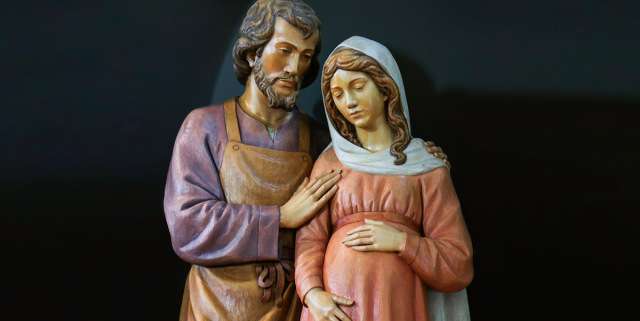 Today, dearest brethren, we are celebrating the feast of those infants who, the Gospel text tells us, were killed by King Herod, and for this reason our land, the fruitful mother of heavenly soldiers and such great virtues, should rejoice with the greatest exultation. Behold, the wicked enemy could never have helped the blessed infants as much by submission as he did by his hatred. As today’s most sacred feast shows us, the grace of benediction shone forth in the blessed infants as much as cruelty against them abounded…. Blessed are you, Bethlehem, land of Judah, who suffered the cruelty of King Herod in the death of your sons, and at the same time merited to offer to God a white-clad group of peaceable, sinless infants.

We are celebrating in a fitting manner the feast of those children whom the world brought forth to eternal life more blessedly than birth from their mothers’ womb bore them. They acquired the dignity of eternal life before they received enjoyment from the present one…. Death itself, which put an end to their present life, afforded a beginning of glory for them at the very beginning of their life. The wickedness of Herod took them away as they were nursing at their mothers’ breasts. Rightly are they called “the blossoms of martyrdom,” since a kind of frost of persecution along with cold unbelief consumed them in their very beginning, like the first emerging buds of the Church. For this reason it is proper to give ceremonial honor to the infants who were killed for Christ’s sake, not to grieve over them; to manifest our intention in the divine mysteries and not in tears, because the one who was the source of their being hated was also the reason for their crown…. While Herod was planning murder for the infants, Joseph was advised by an angel to take Christ the Lord into Egypt…. Leaving Judea, he is carried to a world which did not know him, to be worshiped.