Contents hide
1 MEDITATION OF THE DAY
1.1 For Good Measure

We have a tendency to become obsessed by the faults of those around us. That is understandable: it is their faults which make us suffer and this suffering in turn reminds us of them continually…. Faults are ugly. Why not look at the virtues which are beautiful?… The good intentions of others so often escape our notice. Do not judge intentions. I assure you, it has happened to me that, having ascribed a bad intention to someone, I have later had proof, neat and clear, that I was wrong, that he had something completely different in mind than what I thought. What a lesson! As much as you can, ascribe good intentions to your neighbor. (I say “as much as you can,” because at times, of course, the contrary is as plain as daylight.)…

Little Thérèse wrote, “When I want to increase in myself my love of neighbor, especially when the devil tries to put before the eyes of my soul the faults of this or that sister who is less appealing to me, I hasten to seek out her virtues, her good desires. I tell myself that if I have seen her fall one time, she may well have undergone a great many victories that she hides through humility, and that even what appears as a fault to me could very well be an act of virtue because of the intention. Ah, I understand now that perfect charity consists of enduring the faults of others, of not being at all astonished at their weaknesses, of being edified by the smallest acts of virtue which one sees them practice.”…

Obviously you are not expected to experience the same feelings in your heart toward a friend and toward someone who wishes you evil…. There are even holy kinds of anger. But always remember that nothing troubles hearts, nothing troubles Jesus in us like dissension and discord. Nothing is more directly opposed to him…. No one is completely in control of his first reactions, but you must recollect yourselves very quickly. “To pardon an injustice received is to heal the wound in your own heart,” said Saint Vincent de Paul. 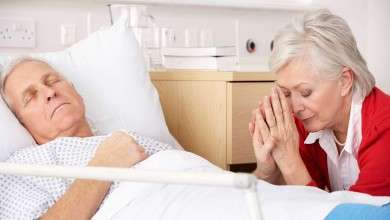 A Prayer for Healing a Loved One

Faith and the Future: Build on the Rock of Jesus and Become the Church Militant 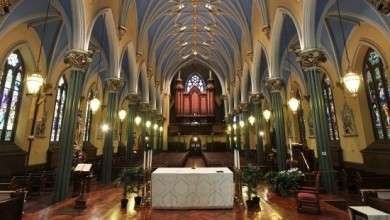 To celebrate Fr. McGivney’s beatification, his old parish is pulling out all the stops