Through the Eyes of Zacchaeus

I was heavy until he said my name. Zacchaeus…Zacchaeus, make haste and come down; for I must stay at your house today.

A murmur rose…He has gone in to be the guest of a sinner…a sinner…a sinner. I came to him. His was the face of a poor man. And as I looked at him, it seemed to me that I had never needed to worry. Behold, Lord, I said, the half of my goods I give to the poor. I felt as a man must feel when he is released from prison. And if I have defrauded anyone of anything, I restore it fourfold. It was the only thing I could do, this spilling over of my entire life….

And he looked around him, this man, this Jesus the Nazarene. I followed his gaze, to behold the faces of these men whom I knew and yet did not ever really know. They became to me, in a moment, brothers. Brothers, because of him.

Today salvation has come to this house, he said, since he also is a son of Abraham. He spoke gently, firmly, as a father speaks to a little child. For the Son of Man came to seek and save the lost. He spoke of me, I who was a man made poor for love—I, a lost man, who in an instant became a son.

The Sisters of Life

Why can’t church be more like AA (Alcoholics Anonymous)? 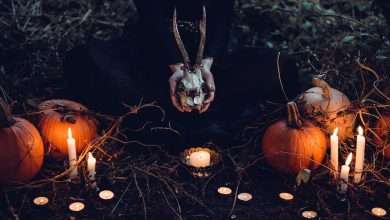