Defending Us in Battle

Now war arose in heaven, Michael and his angels fighting against the dragon. We must not imagine this war as having been one of bodily arms or material weapons, nor of bloodshed, as it is among us: it was a conflict of thoughts and affections. The angel of pride, who is called the dragon, raised his army of angels and said to them: “We are happy in ourselves, and like God, we shall do our own will.” And Michael contradicted him, saying: “Who is like God? Who can make himself equal to him?” From this comes the name Michael, which means “Who is like God?” Can there be any doubt that the name of God will triumph in this war? What can the weak spirits—weak because they are proud—what can they accomplish against the humble army that the Lord has rallied behind him? They fall from the heavens and their place, once so great, is empty. What ravages have been done by their desertion! But these vast spaces will not remain vacant, for God will create man to fill up the places left empty by their treason. Flee, wretched army. Who is like God? Flee before Michael and the holy angels….

O Saint Michael, powerful protector of the holy people, whose prayers you offer to God like incense, let me endlessly join you in saying, Who is like God? O Saint Gabriel, you who were called the strength of God, who brought to Mary tidings of the coming of Christ, whose future arrival you had foretold to Daniel, inspire us with holy thoughts so that we may profit from your predictions. O Saint Raphael, whose name means “the physician of God,” heal my soul of a more dangerous blindness than that which afflicted the holy man Tobit; bind the demon of impurity that attacks the sons of Adam even within the holiness of marriage; bind him, for you are more powerful than he, and God himself is your strength. Holy Angels, all of you ministering servants who see the face of God (Heb 1:14) and whom he has commanded to guard us in all our ways (Ps 91:11), use the aids God has given you for the salvation of his elect, and raise up our weakness. 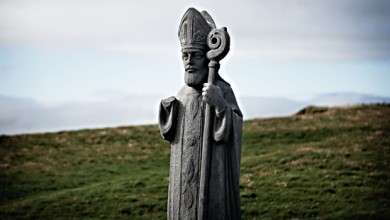 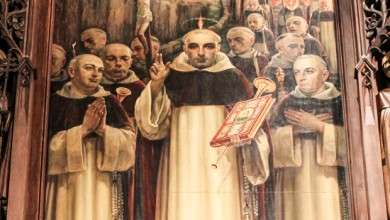