Most Catholics are aware that Holy Thursday commemorates Jesus’ Last Supper as the first Mass. But what some miss is that Holy Thursday also celebrates Jesus’ institution of the ministerial priesthood.
What’s interesting is that when you read the Last Supper narratives in the synoptic Gospels you don’t find Jesus ordaining the apostles. You’re left wondering, “Where does the Catholic Church get off thinking that Jesus made the apostles priests at the Last Supper?”
The answer, according to the Council of Trent, lies in Jesus’ command, “Do this in remembrance of me” (Luke 22:19). The Council fathers declare:

If anyone shall say that by the words ‘Do this in commemoration of me’ Christ did not institute the apostles priests, or did not ordain that they and other priests should offer his body and blood: let him be anathema (Council of Trent, session 22, ch. 1).

There are two other reasons why we can conclude that Jesus intended his apostles to be priests, which admittedly are not as conclusive as the first. They are: (1) Jesus washes the apostles’ feet (John 13:5) and (2) Jesus speaks of the apostles taking “part” in him through the ritual washing (John 13:8).
How do these actions reveal that Jesus meant for the apostles to be his New Covenant ministerial priests? Let’s take a look.

“Offer this in remembrance of me”

As mentioned above, the Catholic Church sees in the command “Do this in remembrance of me” evidence that Jesus instituted the apostles as his ministerial priests. But what is it about the command that invites such an interpretation?
Every student of the Bible knows that offering sacrifice is a duty that belongs to priests (see Leviticus 9:7, 14:12; Hebrews 8:3). So if it could be shown that Jesus is commanding the apostles to offer the Last Supper as a sacrifice when he says “Do this in remembrance of me,” then the Catholic Church’s position would be justified.
Can such a feat be accomplished? I think it can.
Consider the first clue, Jesus’ command to “Do this.” The Greek verb for “do,” poieo, can be literally translated as “offer” in the sense of offering a sacrifice.
For example, in Exodus 29:36-41 of the Septuagint (the Greek translation of the Old Testament used by Jesus and the apostles) poieo is used five times in reference to Moses offering sacrifice as part of the ritual for ordaining Aaron and his sons as priests:

The use of poieo in Leviticus 9:7 makes it clear that Moses transferred this priestly duty to Aaron and his sons. The passage reads:

In light of this Old Testament use of poieo (offer), it’s reasonable to conclude that Jesus was commanding his apostles to offer the Last Supper as a sacrifice. And since offering sacrifice is a priestly function, it follows that Jesus instituted his apostles as his New Testament ministerial priests.

The sacrificial overtones of anamnesis

This conclusion we’re drawing from the use of poieo is further supported by the use of the word “remembrance,” which translates the Greek word anamnesis. Anamnesis has sacrificial meaning in both the Old and New Testaments.
For example, in Numbers 10:10 of the Septuagint the sacrifices of peace offerings are said to “serve you for remembrance [Greek, anamnesis] before your God.” Anamnesis is also used in Hebrews 10:3 in reference to the Old Testament sacrifices that serve as a “reminder” year after year.
Given that anamnesis is a word loaded with sacrificial meaning, and it is used to describe what the apostles are to do, our interpretation that Jesus commanded the apostles to offer the Last Supper as a sacrifice has contextual support.

The second detail that could serve as a justification for the claim that Jesus made the apostles priests at the Last Supper is the washing of the apostles’ feet (John 13:4-5).
In the Old Testament the ritual washing of Aaron and his sons played a prominent role in their ordination ceremonies. For example, God gives Moses the following instructions:

“Then you shall bring Aaron and his sons to the door of the tent of meeting, and shall wash them with water, and put upon Aaron the holy garments, and you shall anoint him and consecrate him, that he may serve me as priest” (Exod. 40:12-13).

This passage refers to a general washing, but verses 30-32 of the same chapter specifically refer to washing Aaron and his sons’ feet on the day of their consecration to the priesthood:

Leviticus 8:7 describes how Moses carries out these washings before he dresses Aaron and his sons with priestly garments.
With this background knowledge, one can’t help but wonder if there is something more to Jesus’ washing than giving the apostles an example of humble service (washing feet was normally a duty reserved to household slaves). Perhaps they are meant to humbly serve as priests? It seems reasonable.

There is one more detail in John’s narrative that might suggest Jesus saw his apostles as priests. In response to Peter’s refusal to have his feet washed, Jesus answers, “If I do not wash you, you have no part in me” (John 13:8).
The Greek word for “part,” meros, echoes the “portion” that Old Testament priests were to have in God and God alone:

It’s possible that Jesus saying “You have no part in me” signals the apostles’ priestly status, having a unique share in Jesus as Aaron and the Levites had a unique share in God. (This would also seem to point to Jesus’ divinity as well).

When John and Luke’s Last Supper narratives are taken together, we have a total of three details that support the conclusion that Jesus made the apostles his New Covenant ministerial priests:

Did Jesus make the apostles priests at the Last Supper? I think these exegetical points give us sufficient reason to answer yes.
Illustration: The Last Supper by Phillippe de Champagnes (1648). 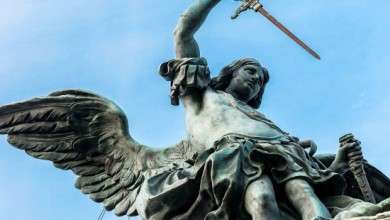 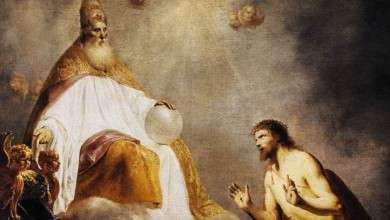 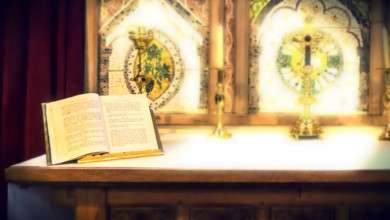 Did the Catholic Church Really Get It All Wrong – Except for the Bible?