Vatican City, Mar 29, 2018 / 08:21 am ().- On Thursday the Holy See stated that a reported interview between Pope Francis and an Italian journalist, which claims the Pope denied the existence of hell, should not be considered an accurate depiction of Francis’ words, but the author’s own “reconstruction.”

A recent meeting between Pope Francis and Italian journalist Eugenio Scalfari, 93, was a “private meeting for the occasion of Easter, however without giving him any interview,” the March 29 communique stated.

“What is reported by the author in today’s article is the result of his reconstruction, in which the literal words pronounced by the Pope are not quoted. No quotation of the aforementioned article must therefore be considered as a faithful transcription of the words of the Holy Father.”

Scalfari, a self-proclaimed atheist, is the founder and former editor of Italian leftist newspaper La Repubblica. In an article published on the site March 29, Scalfari claims that Pope Francis told him, “hell doesn’t exist, the disappearance of the souls of sinners exists.”

Scalfari’s fifth meeting with Pope Francis, it is not the first time he has misrepresented the Pope’s words following a private audience.

In a meeting with the journalists of the Foreign Press Association of Rome in 2013, Scalfari maintained that all his interviews have been conducted without a recording device, nor taking notes while the person is speaking.

“I try to understand the person I am interviewing, and after that I write his answers with my own words,” Scalfari explained. He conceded that it is therefore possible that “some of the Pope’s words I reported, were not shared by Pope Francis.”

Scalfari also falsely reported that Pope Francis had made comments denying the existence of hell in 2015.

Vatican spokespersons have dismissed the texts of Scalfari as unofficial. In 2014, Fr. Federico Lombardi, past papal spokesperson, told CNA that “if there are no words published by the Holy See press office and not officially confirmed, the writer takes full responsibility for what he has written.”

Pope Francis has previously spoken about the existence of hell in public speeches, including at a prayer vigil in March 2014.

There he gave an address in which he said that members of the mafia should change their lives, “while there is still time, so that you do not end up in hell. That is what awaits you if you continue on this path.”

Citing Pope Paul VI, the Catechism of the Catholic Church says that Catholic teaching “affirms the existence of hell and its eternity. Immediately after death the souls of those who die in a state of mortal sin descend into hell, where they suffer the punishments of hell, ‘eternal fire.’ The chief punishment of hell is eternal separation from God, in whom alone man can possess the life and happiness for which he was created and for which he longs.”

Does the church frown upon interracial marriages? 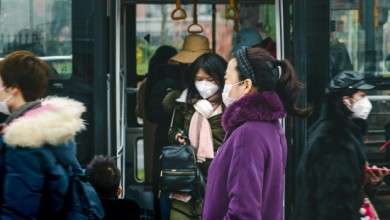