She looked like a nun. Images of Catherine of Siena show her wearing the habit of a moniale, or religious sister, of the Order of Preachers. In truth she was a layperson — the only layperson currently recognized as a Doctor of the Church.So why does she look like that?

Caterina Benincasa grew up in Siena, Italy, the 23rd child of Lapa Piagenti and Giacomo di Benincasa (half of their children died at an early age). At 13 years old, Catherine was a feisty teenager with no intention of marrying. As a young girl Catherine had a vision of Christ seated in glory with Sts Peter, Paul and John next to him, and it inspired her to make a private vow, dedicating her life to God. No one knew of this vow, so when she reached marrying age, her parents sought  a worthy husband.

It didn’t go well. Catherine refused the very idea, cut off her hair and wore ragged clothes to make herself unattractive until her enraged parents realized that further attempts to persuade her were futile. They recognized the piety of their young daughter and made a private convent cell for her in their home.

Catherine was interested in the Dominican order, but felt no call to the cloister. She discovered in Siena the Sisters of Penitence of Saint Dominic’s Third Order which served the local parishioners. Seeking admittance, Catherine was initially refused because the group was generally made up of widows and spinsters. Not unusually for Catherine, she eventually got her way. She therefore became a Dominican tertiary, or “Third Order” member and — as was common for the time — was permitted to wear the habit. After a three year sequester in her “cell,” Catherine emerged and joined in the work of catechizing the young, giving spiritual direction, caring for the sick and serving the poor, which she did tirelessly for the rest of her life.

While most of her energy was spent in Siena, Catherine was also summoned to travel on multiple occasions in order to give her highly sought advice. She was the correspondent (and often the forthright scold) to kings, queens and eventually to the pope himself. It is well-worth your time to read her biography.

But Catherine is not the only Dominican saint who was a layperson professed to the Order as a Tertiary. Most people are surprised to learn that some of the most prominent and beloved saints of the church were Dominicans who were also layfolk, including St. Rose of Lima, St. Martin de Porres, Blessed PierGiorgio Frassati, Blessed Margaret of Castello, and Blessed Bartolo Longo.

Any Catholic in good standing can be admitted to a Third Order, including married people and diocesan priests. Third Orders (or Oblations or Associations) are another means by which the lay faithful can pursue holiness and draw nearer to God in prayer and charity.

While Third Orders still exist, the religious habit is no longer worn by members, except in death. Third Order Dominicans are given a white scapular, about six inches square, Third Order Carmelites have  a similar scapular of brown (different from the Brown Scapular) while Secular Franciscans wear a Tau cross, and Benedictine Oblates a jubilee medal of St. Benedict.

Third (or “secular”) Orders give lay people a chance to infuse their lives with prayer and good works according to a specific spirituality, that they might strive to be “leaven in the world.” As we see in the example of St. Catherine and so many of her Third Order sisters and brothers, they often rise. 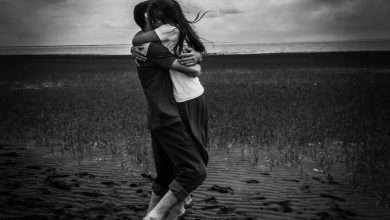 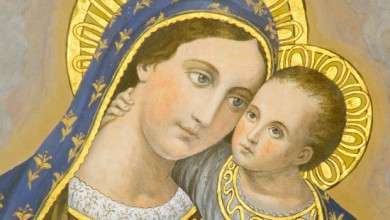 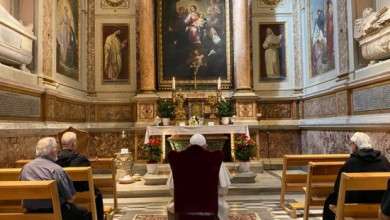 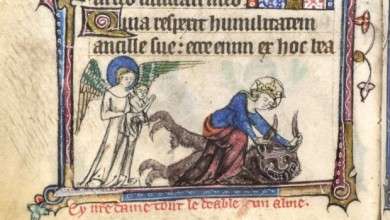