After fifteen years of tongue-wagging jaunts around a bucolic New England mountain, our family dog back home was laid to rest this week.

For a while now he’s been unable to run, see, or hear. He stopped wagging his tail and running to greet us when we visited, but being the loyal protector he was, he still kept watch in his favorite sun-soaked spot in the yard. On his last day, he drifted off peacefully in that same old spot, his face cradled by his loving owners.

Anyone who has ever lost or put down a pet knows how hard it is to say goodbye to an animal. They aren’t “just an animal.” No – you’re losing a family member and friend. The family really and truly grieves. At the very least, the loss of that pet symbolizes the passing of the years spanned by their life. It’s a startling reminder that those days are gone.

Of course, the thought that we might see them again is a huge consolation. But is it true? Do all dogs go to heaven? Dare we hope that all dogs be “saved”?

In December, a story circulated far and wide about Pope Francis declaring that we will see our dogs in heaven. It turned out that the story wasn’t true – in fact, even if it were, the Church has never formally declared on the subject either way – but it was still enough to spark a national debate among Christians.

In fact, two intellectual heavyweights recently went toe-to-toe over the question just this month. Writing in First Things, Orthodox thinker David Bentley Hart wrote about an exchange with “a young, ardently earnest Thomist” about the afterlife:

“The occasion of the exchange, incidentally, was a long and rather tediously circular conversation concerning Christian eschatology. My interlocutor was an adherent to a particularly colorless construal of the beatific vision, one that allows for no real participation of animal creation (except eminently, through us) in the final blessedness of the Kingdom; I, by contrast, hope to see puppies in paradise, and persevere in faith principally for that reason. On his side, all the arguments were drawn from Thomas and his expositors; on mine, they were drawn from Scripture; naturally, limited to the lesser source of authority, I was at a disadvantage.”

The article – especially its less than favorable portrayal of Thomists as anthropocentric beatniks – caught the attention of Philosophy of Mind author Edward Feser. In an article at the Public Discourse, Feser goes after Hart’s distortions of Thomist thought and clarifies the metaphysical principles at play:

“Hart’s criticisms of Thomists are aimed at an outrageous straw man. Hart insinuates that those who disagree with him “reject all evidence of…affection in animals,” and endorse a “mechanistic” account in which animal behavior reduces to “biomechanical stimulus and response.” But while this is true of Descartes, it is most certainly not true of Thomists, who reject Descartes’s mechanistic conception of material substances…Non-human animals are not machines; they really are conscious, really do feel pain and pleasure, really do show affection and anger. But these conscious states are nevertheless entirely dependent on bodily organs, as is everything else non-human animals do. Hence, when their bodies die, there is nothing left that might carry on into an afterlife. Fido’s death is thus the end of Fido.”

Animals have souls – in the Thomist tradition at least, animals are not automata lacking consciousness, but sensitive souls capable of suffering and worthy of kindness – but lacking reason, they can’t abstract the forms of the world or make complex moral decisions, which is the warp and woof of our immortality. Thus, the argument goes: a) immortality belongs to the rational soul, and b) human beings alone have rational souls, therefore c) dogs don’t go to heaven. 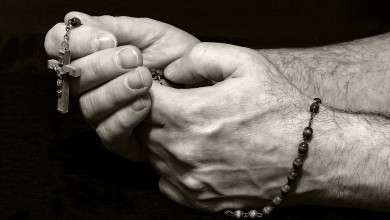 Does the rosary have to be said in a certain way to be effective? 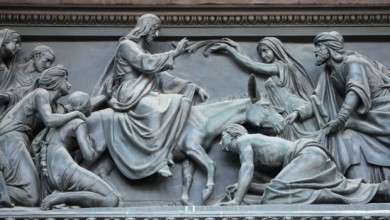 Is it okay for a youth group to meet on Sunday?