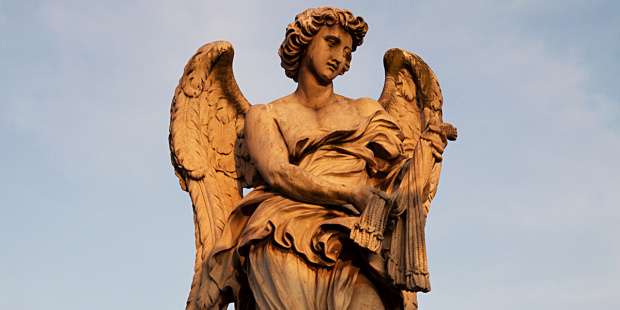 Almost every time an angel is painted, sculpted or drawn, the spiritual creature is shown with wings. Why?

Read more: This is what it’s like to see an angel

However, by the 4th century artists started to differentiate these spiritual creatures. The first known depiction of an angel with wings is on the Prince’s Sarcophagus, found at Sarigüzel, near Istanbul, and dated between 379 and 395.

Ever since, artists generally used wings and linked it to the mission of these creatures as messengers.

Part of the reason for the change in religious art is linked to the spiritual symbolism of birds. Birds in the ancient world were seen (and used) as messengers. The tradition is as ancient as Noah and continued through Greek mythology. The god Hermes, for example, is known as the messenger of the gods and was often depicted with wings attached to his helmet or hat. It was natural for Greco-Roman artists to draw upon this tradition to visually represent angels, the true messengers of God.

So while angels do not have wings, the artistic expression has become an excellent way to visualize their office entrusted to them by God.