Animals have souls–and so do plants. Does this answer sound like something out of the New Age movement? Don’t worry–it isn’t. Rest assured we’re not saying animals and plants have souls like ours.
The soul is the principle of life. Since animals and plants are living things, they have souls, but not in the sense in which human beings have souls. Our souls are rational–theirs aren’t–and ours are rational because they’re spiritual, not material.

Animals and plants can’t do anything which transcends the limitations of matter. Although some animals seem clever, they don’t actually possess conceptional intelligence. They can’t, for instance, conceive of the abstract notion of justice.

Animals and plants also lack a moral sense. When you scold Spot for chewing the carpet and tell him what he did was “wrong,” you aren’t assigning guilt of sin to him, since he can’t commit a sin.
Animal and vegetable souls are dependent entirely on matter for their operation and being. They cease to exist at death. (There’s no “doggie heaven.”)

We also know human souls are immortal because spirits can’t decompose. They have no parts: Only a thing with parts can fall apart. A spirit is a unit. It has no top or bottom, no left or right, no inside or outside.

Every bit of matter, even the smallest, has parts. The human body can decompose–it’s made of matter, after all–but the human soul can’t. That’s why we say it’s immortal.

A good discussion of the differences between human beings and animals is available in Mortimer Adler’s The Difference of Man and the Difference it Makes.

Is it disrespectful to eat lunch as I am praying the rosary? 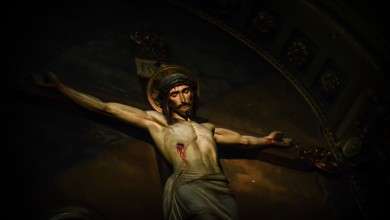 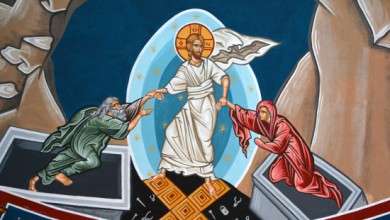