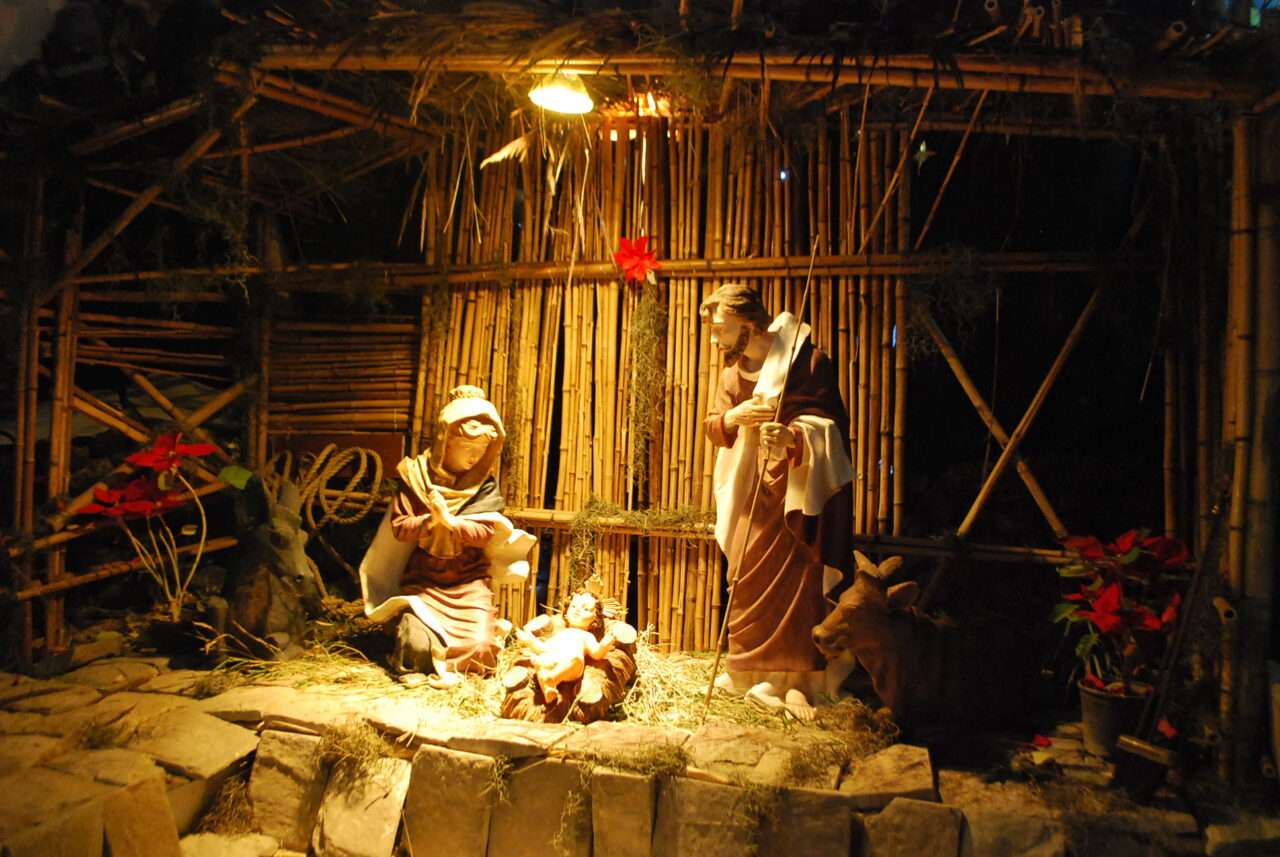 Home » Articles » Do you know the history of Christmas Crib? Find out here

The Christmas Crib (crèche) dates back to St. Francis of Assisi (Feast October 4).

It was in 1293 that the first crèche was celebrated in the woods of Greccio near Assisi, on Christmas Eve. There lived in that town a man by the name of John (Messier Giovanni Velitta); a very holy man who stood in high esteem. Blessed Francis loved with him a special affection because he despised the nobility of the flesh and strove after the nobility of the soul.

Blessed Francis called upon John about two weeks before Christmas and said to him; “If you desire that we should celebrate this year’s Christmas together at Greccio, go quickly and prepare what I tell you; for I want to enact the memory of the Infant who was born at Bethlehem and how He was bedded in the manger on hay between a donkey and an ox. I want to see all of this with my own eyes.”

St. Francis: the intensity of his devotion

The good and faithful man departed quickly and prepared everything that the Saint had told him. The Friars who had come from many communities, gathered around St. Francis as did the men and women of the neighborhood. They bought candles and torches to brighten the night. St. Francis arrived and saw that everything had been prepared. The crib was ready, hay was brought, the ox and the donkey were led to the spot. Greccio became a new Bethlehem. The crowds gathered and rejoiced in the celebration. Solemn Mass was sung.

St. Francis, dressed in deacon’s vestments, (it is said that out of humility he never attempted to become a priest) sang the Gospel. Then he preached a delightful sermon to the people. After the Mass, St. Francis went to the crib and stretched out his arms as though the Holy Child was there, and brought into being by the intensity of his devotion, the Babe appeared and the empty manger was filled with the radiance of the newborn King.

Christmas cribs in churches and homes

St. Francis’ idea of bringing Bethlehem into one’s own town spread quickly all over the Christian world, and soon there were Christmas cribs in churches and homes. The Moravian Germans brought this custom to the United States. They called it Putz. The oldest known picture is a “Nativity scene” dating from about 380 that was a wall decoration in a Christian family’s burial chamber, discovered in the Roman catacombs of St. Sebastian in 1877.

There is a legend that at midnight on Christmas Eve animals have the gift of speech. This gift was bestowed because the humble farm animals gave the infant Jesus His first shelter, and warmed him with their breath, thus they were rewarded with the gift of human speech.

However, in most countries it is considered bad luck to hear them conversing, so no one has ever reported doing so. Cattle bow to the East, and bees hum the 100th Psalm in their hives. Some legends insist that this occurs on Old Christmas Eve, January 5. St. Francis, who loved animals because they, too, were God’s creatures extended special kindness to animals at Christmas. He urged farmers to provide their oxen and donkeys with extra rations of corn and hay “for the reverence of the Son of God, whom on such a night the Blessed Virgin did lay down in the stall between the ox and the donkey.” A Christmastide, St. Francis scattered crumbs of bread under the trees, so the tiny creatures could feast and be happy.

He makes himself small, he becomes a child, to attract us with love: Pope Francis

Christmas
Articles Life of Saints People and History One Comment