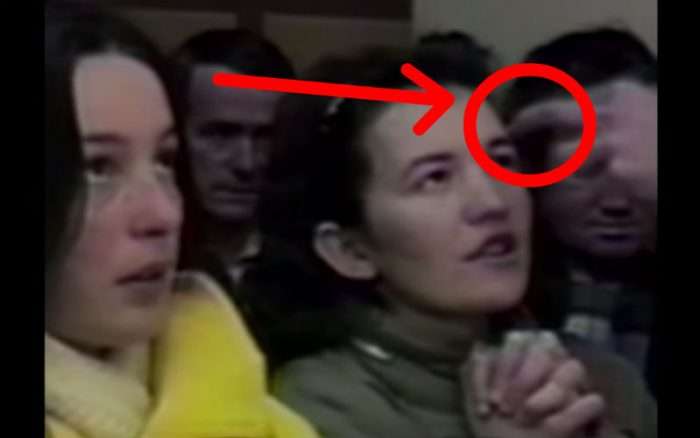 Home » Q&A » Does This Video Prove the Medjugorje Visionaries Are Faking It?

The claims of the visionaries of Medjugorje and their followers are some of the most controversial “inside baseball” things within the Catholic Church.

Has Mary really been appearing to them on a regular basis since 1981 (though the visions have since stopped for some of them)? Are the messages relayed from the Blessed Virgin authentic? Will their very specific predictions about the future come true?

Or is it all a massive hoax?

If the Vatican commission does come back with a positive ruling, there are a number of apparent problems with the visions that will need to be explained. In addition to possible doctrinal errors in the alleged supernatural messages, there’s video evidence of the visionaries that some people claim proves the visionaries are faking it.

The visionaries claim that when they are seeing Mary, they cannot see anything else around them. And yet the video seems to show that this is not true.

While in their visionary state, a bystander quickly jabs his hand at one of the visionaries, Vicka, and she clearly reacts.

The filmmaker says her reaction caused a commotion in the room, with people disturbed she had reacted. And for the man who did the jab as a test, it was “an important disappointment.”

Vicka’s explanation later that day was that she was not reacting to the hand, but rather to the fact that, in her vision, it looked for a moment like Mary was going to drop the baby Jesus. It was just a coincidence, according to her story, that the man jabbed his hand at her fact at the exact same moment.

Not exactly a convincing story.

But who knows? We’ll have to wait for the results of the Vatican commission.

What do you think of the alleged Medjugorje visionaries? Let us know in the comments!