Commends measures put in place to protect populations, and notes the heroic self-sacrifice of health care personnel and others.

Pope Francis is encouraging governments in their attempt to protect their people, even as lockdown measures create economic strain. “It would be sad to opt for the contrary,” he said.

The pope said this in responding to a letter from the President of the Pan American Committee of Judges for Social Rights and Franciscan Doctrine, addressing the issues of measures adopted by governments to defend their populations against the Covid-19 virus.

The Holy Father commented that he is encouraged “by the reaction of so many doctors, nurses, volunteers, religious and priests, who put their lives at risk” in order to protect others.

He also recognized that some governments have taken “exemplary measures” and have well-defined priorities to defend the population.” Although some of these measures may be considered “irritating” by some, the pope acknowledged that they are put in place “for the common good,” and that most people “accept them and carry them forward with a positive attitude.”

The pope himself is taking precautions to avoid infection, including taking his meals in private, especially after a resident of the Casa Santa Marta tested positive for the virus.

The governments that are tackling the crisis in this way are showing that “the people” are their priority, affirmed the pope. This is an important decision because we know that “defending the people” results in “economic disaster,” he added, but to choose the contrary would “be sad.”

“It would be sad if the opposite was chosen, which would lead to the death of many people, something that would be like a virionic genocide,” Francis warned.

The Holy Father also recognized that we have to prepare already now for the consequences of the pandemic.

Preparing for “the later” is important, he said, as some of the consequences are already noticeable and need to be addressed. One of these, for example, is hunger.

Pope Francis ended his letter by referring to the opinion of economist Mariana Mazzucato in her book “The Value of Everything: Making and Taking in the Global Economy.” Her book explores the need to rethink value, explaining how giving more importance to value rather than price will help make the world a better place. “I think it helps to think about the future,” says the pope.

Finally, the pope sends his wishes to Dr Gallardo and his family, and, as is his custom, asks that they pray for him, too.

From the synod: Mercy is not an abandonment of Church teaching 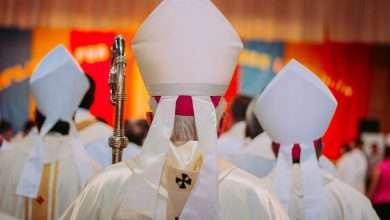 Pope appointed two women to the panel for choosing bishops