Saint Mark’s Coptic Cathedral in Cairo has been rebuilt by the Egyptian army corps of engineers after a terrorist attack last month left 27 dead. The restoration was by direct order of President Abdel Fattah Sisi so that Coptic Christians could celebrate the feast of Christmas there.

The Egyptian army corps of engineers has completed the restoration of Saint Mark’s Coptic Cathedral in Cairo, where a terrorist attack last month left 27 dead.
In a statement published on their Facebook page, the Egyptian Army reported that the areas of the church damaged by the attack were quickly repaired by direct order of President Abdel Fattah Sisi so that Coptic Christians could celebrate the feast of Christmas there.
Coptic Christians – who represent 10% of the population of Egypt and often face building restrictions and other obstacles in practicing their faith – celebrate Christmas on January 7.
The Coptic Cathedral of Saint Mark, located in the Al Abasiya neighborhood, was damaged on December 11 by a suicide bombing. The target of the attack was the Saint Peter and Saint Paul chapel, an annex to the cathedral, where Mass was being celebrated at the time.
ISIS claimed responsibility for the attack, which is among the deadliest against civilians in Egypt in recent years. The majority of the dead and injured were women and children.
This church is also the seat of the Egyptian Coptic Church and is the cathedra of Coptic Patriarch Tawadros II.
Pope Francis condemned the attack, saying that in the face of violence, “there is only one possible response: faith in God and unity in human and civil values.” 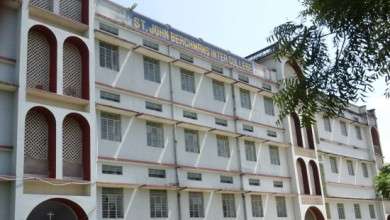