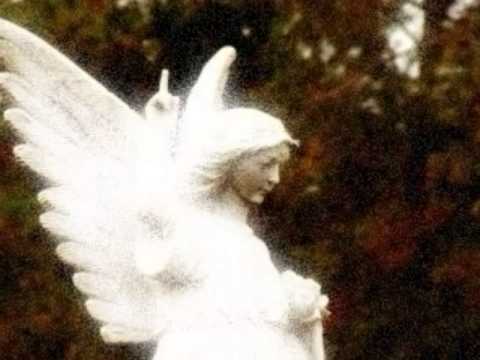 A visit to the local bookstore will reveal a whole shelf of books on angel encounters, angel channelling, and angelology. There’s even a book called The Physics of Angels which tries to blend quirky physics theories with the theology of St Thomas Aquinas. A quick look at the books on offer make you realize that the New Age understanding of angels stretches from ‘listening to the light within’ to the fully fledged summoning up of the ‘dark angels’ in other words, modern angel-ology is the stuff of fantasy, neo-gnosticism and a rather nasty occult religion.

In the face of this phenomenon Catholics might be inclined to steer clear of angels altogether. But that would be to throw the angel out with the exorcism. The Catechsism of the Catholic Church and the Sacred Scriptures remind us that angels have been part of our revealed religion from the beginning. It is an article of the Catholic faith that angels are real. The Catechism of the Catholic Church says, “The existence of the spiritual, non-corporeal beings that Sacred Scripture usually calls ‘angels’ is a truth of faith. The witness of Scripture is as clear as the unanimity of Tradition.” (CCC para. 328) Other Christians agree. A survey amongst Christian denominations discovered that most Christian denominations agree with the Catholic Church on the basics about angels.

They all agreed that angels are created by God.  They dwell in His presence. They are sent as His messengers to earth. They are of superior intelligence. They have no bodies, but can take visible form. They also agree that while there are good angels, there also exists a band of fallen angels who have similar powers, but have twisted their energies against the good.

The best way of recognizing good angels is to understand their role in the economy of redemption. To do this we need to know and understand not only that angels are real, but how they have interacted with the human race down through history. To do this we have to look at the Scripture record.

Angels appear in the Bible story from the first pages of Genesis right through to the final pages of the Book of Revelation. But it is Jacob’s dream of angels ascending and descending to heaven that gives us the best picture of the role of angels. We learn from Jacob’s dream that angels are messengers of heaven. They communicate between heaven and earth at God’s command for the benefit of human beings. Continuously through Scripture the angels protect, lead and guide God’s people.

In the New Testament the angels are integral to the mystery of the Incarnation. They are present to give God’s message of the incarnation, first to the Blessed Virgin Mary, then to Zachariah, then to Joseph, finally to the shepherds. During Jesus’ life they were there at his conception, his birth and his trial in the wilderness. They strengthened him in the Garden of Gethsemane and were present to proclaim his resurrection. An angel delivers Peter from prison and angels surround the throne of God in John’s heavenly vision in the Book of Revelation.

Angels fulfill three roles in the Scripture and these roles help us to understand their proper role in our spiritual lives. The word angel comes from the Greek word angelos which means ‘messenger’, and all through the Scriptural account the angels were God’s messengers to mankind. In each situation the angels were not only God’s messengers, but they were also channels of peace and joy. In every instance they serve God and point back to his glory. They do so because they are creatures of praise. So angels proclaim and they praise.

Thirdly, the angels are sent by God as our spiritual guardians. The Archangel Michael is the protector of Israel (Dan. 10.13; Rev.12.7) and Jesus himself affirmed that we all have our guardian angels (Matt. 18.10). The angels are there to encourage us in our Christian life. The writer to the Hebrews calls them, ‘ministering spirits sent forth for the sake of those who will obtain salvation’ (Heb. 1.14).

Secondly, we work with the angels whenever we proclaim God’s message. The angels’ message always points to Christ. Throughout the Scriptures the message of the angels was interwoven with the coming of Christ–either in the Old Testament salvation history or in the New Testament gospel account. The two-fold task is expressed in the phrase, ‘Glory to God in the Highest and Peace to his people on earth.’ in the first phrase we praise. In the second we proclaim peace to his people on earth. Proclaiming the gospel with our words and in our lives is the second way we work with the angels.

The third way we work with the angels is to ask for their protection, guidance and help. This is where Christian practice sounds a bit similar to New Age practice. But there are some important differences. We do not ask the angels to help us ‘affirm the God that is within us’ like New Age religion does. Neither do we summon the angels and open our lives to them. The Holy Spirit may dwell within our hearts, but angels don’t. They guide and guard us by walking beside and before us. In this respect it is especially good to invoke St.Michael and our guardian angel. When we are in a time of danger or temptation we can ask their help as we would ask the help of an experienced guide while climbing a mountain. They are there to lend us a hand, point out the way and to help keep us from falling.

Praise and Proclamation and Protection may not seem quite as exciting as ‘listening to the light within’ or summoning up dark spirits, but our faith is incarnational. The child in the manger reminds us that Christianity is real and practical not esoteric and otherworldly. We have real bodies and live in a real physical world, and our religion does not help us to escape this, but to enter into it more fully. The angels respect and admire our physical bodies. They love our physical-ness because their Lord took on human flesh and was born of a woman. Angels do not wish for us to go above the physical and ordinary things of life.  They know that it is in flesh and blood and sweat and tears that we find God. As the poet Henry Vaughn has written, ‘Here in dust and dirt, Oh here! the lilies of His love appear.’ And it is in this dust and dirt of ordinary prayer, and pleas for protection that we co-operate most powerfully with the angels in heaven and make the simple story of Christmas and Easter come alive in our lives.