The New Testament of the Christian Bible is one of the most influential works of the last two millennia. As the key work of the largest religion in the western world, it has shaped our world in many subtle ways. But the list of 27 books we know today as the New Testament came together gradually through a series of councils and general usage until the books became the standard for most of Christianity. This list is about 10 of the most interesting books not included in the New Testament. Some were excluded for obvious reasons, some likely never had wide readership until found in an obscure library thousands of years later and some just barely missed the cut to being included. One probably never even existed. We know so little about the creation of the New Testament that I cannot tell you why each book was not included, only what makes them interesting. This list is not aimed to validate or discredit the value of any particular book but to provide some context to the creation of the New Testament.
*Because the New Testament is a result of the Orthodox opinion of the time I have chosen to exclude Gnostic texts from this list.

The most well-known Apocalypse (book describing visions of the end times) is of course the Book of Apocalypse (Revelation), but it was far from the only Apocalypse being widely read by the early Christians. One of the most popular and widely quoted is the Apocalypse of Peter. This book was written as a conversation between Jesus and his followers. It basically describes all the horrible things that happen in hell and all the awesome things that happen in heaven. It is very detailed about what punishment fits which crime for those in hell. Those who are blasphemous to God are hung by their tongue, adulterous men and women are hung by their hair and feet respectively over boiling goop, and murderers are cast into a pit of horrible creeping things. Meanwhile those who go to heaven sing beautiful music, have beautiful bodies with great skin, wear shiny clothes and smell nice.

9.The Epistle of Barnabas

The Epistle of Barnabas is a book written between 70 and 130 AD. We know from the contents that it was written after the destruction of the Jewish temple but before the Jewish Rebellion in 132. It was often attributed to Barnabas the companion of Paul, but it may have referenced a different Barnabas. This book places itself squarely in the debates of the time about Christianity’s relationship with Judaism. It rejects the value of previous teachings in Judaism and rejects all ceremonial aspects of Judaism. The Epistle establishes completely different interpretations of the Torah that it claims point to the validity of Christianity. The Epistle of Barnabas quotes a lot of the Old Testament including Enoch, one of the most fascinating books not included in the Old Testament, but that is for another list.

We know from several early references that the four gospels (Matthew, Mark, Luke and John) were settled on early in Christian history, much earlier than the other 23 books. Nevertheless, this didn’t prevent the creation and even widespread dissemination of other gospels. The interest in the life of Jesus was understandably intense in the early Christian world. A whole genre of gospel was created specifically dealing with the Infancy of Jesus, called appropriately the infancy gospels. One of the most famous is the Infancy Gospel of James. This book attests to the importance of Mary to early Christians. It describes her unique birth, her adolescence and of course, the early years of Jesus life. It makes claims about Mary’s perpetual virginity and God’s involvement in choosing Joseph. The book describes in detail Herod’s killing of children in Bethlehem, Jesus’ early exile in Egypt and the extent of the parallel nature of Jesus and John the Baptist’s lives. The book is also the source of the image of the nativity taking place in a cave.

Probably one of the more obscure books to modern readers, this book had great influence in the first couple of centuries of Christianity. It would have been a very well-known book to the early Christians. It appears to have been very popular in the 2nd and 3rd centuries but its popularity had almost entirely died out by the 4th. The Shepard was referenced by many early church fathers such as Origen, Tertullian, Irenaeus and Clement of Alexandria. The Shepard was also very controversial at the time. It was used as scripture by some early churches and despised by others. Origen quotes it as scripture but Tertullian and Clement of Alexandria regard it as heretical. Nevertheless it was influential to many and thus should be noted. The Shepard of Hermas is an allegorical book written mostly in the first person describing the visions of Hermas, a former slave. It also includes 12 commandments and 10 parables mostly dealing with Christian Ethics and the importance of being faithful.

1st Clement is one of two letters (yet again to the church in Corinth) attributed to Pope Clement of Rome. The first one is actually believed by many scholars to be one of the rare non-canonical early Christian works to have been written by the attributed author. This alone makes it a rarity among early Christian texts. It was well-regarded at the time and made it into several late lists of important Christian texts. Along with the Didache, it is one of the earliest written books that eventually failed to make it into the New Testament, being dated to around 95 AD. The book itself is mostly focused on a dispute in the Church at Corinth about the removal of several church leaders, a removal that Clement objects to.

One of the most famous books not included in the New Testament is the so called Gospel of Thomas. The Gospel of Thomas is not a book that was passed down through the ages but was rediscovered as part of the Nag Hammadi Library in 1945. We have no evidence it was widely read by the early Christians and the few references we do have refer to it as heretical. The Gospel of Thomas is interesting because it is different in structure from the four traditional gospels; it is a collection of sayings attributed to Jesus rather than a narrative of Jesus’ life that includes some of his teachings. The Gospel of Thomas has been one of the most widely studied books not included in the New Testament because of how it was rediscovered and the interesting nature of its contents. Unlike the other narrative gospels this book does not mention the death and resurrection of Jesus but focuses instead on his teachings and how they lead to eternal life, when properly understood.

The Didache or “The Lord’s teaching of the twelve apostles” is one of my personal favorites. The Didache is basically a set of step-by-step instructions for a Christian life. The first section is on how Christians should apply the commandments of God. The second section deals with the sacraments (Baptism, the Eucharist and Fasting). The third section is about Church structure. The Didache was considered for inclusion in the New Testament by some in the early days of the Christian Church. It is fascinating to wonder how this book would have affected the divisions in the church that arose over the next 2000 years. Arguments about Baptism and the Eucharist that were major points of division would have been drastically altered if this text had been included. To have rules for these major rites included within the canon may have prevented some of the more drastic splits, or made other worse ones.

3. Lost Epistle to the Corinthians

1st and 2nd Corinthians are of course major cornerstones of the Epistles of Paul in the New Testament. These letters are the basis of a lot of Christian Ethics and the importance of Paul, but there were other letters between Paul and the Church in Corinth. The first was apparently written before 1 Corinthians and is referenced by Paul in 1 Corinthians 5:9 “I wrote to you in my (previous) letter not to associate with sexually immoral people.” We have no evidence of this letter outside of this reference. It would be fascinating to see what other correspondence Paul had with the Corinthians but this is one that is likely lost forever. That leads us to…

2. Third Letter to the Corinthians

The second is the Third Epistle to the Corinthians. This letter has survived and was included in some early lists of sacred documents but by the 4th Century was not considered valid. Unlike the 1st and 2nd Epistles, it is considered by most to be written by someone other than Paul. 3rd Corinthians mostly deals with correcting the interpretation of the first two books and is likely to have been written to admonish those considered heretics.

Spot number one goes to a book we have no evidence even exists. The supposed Q document is a hypothetical sayings gospel that would account for the striking similarities between the three synoptic gospels: Matthew, Mark and Luke. Its existence was first postulated in 1900 by scholars trying to understand the similarity between the three books. All three gospels share stories, phrases and even direct quotes with each other. Some are between two books and some between all three but no book contains all the similarities. Mark has the most in common with both Matthew and Luke but there are parts of Matthew and Luke that are not in Mark. In addition each book contains parts that are in neither of the other books. This makes for a difficult time figuring out which one came first and is therefore referenced by the others. Unlike today there was no tradition of giving strict source references when writing. The Q hypothesis asserts that there could have been a fourth gospel that included all (or at least the parts missing from Mark) of the similar material used the three gospels. This document would have been widely spread throughout the Christian Church and provided the source material for the synoptic gospels. Where this hypothesis falls apart is not only that we don’t have a copy (partial or complete) of this book but we have no reference at all to this mysterious gospel in any early Christian writings. The Q hypothesis debate is intense in scholarship to this very day, with scholars building careers both in support and in opposition to its existence. 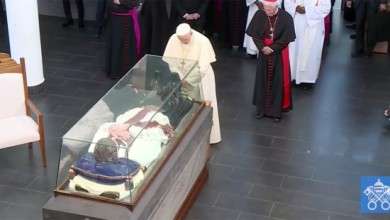 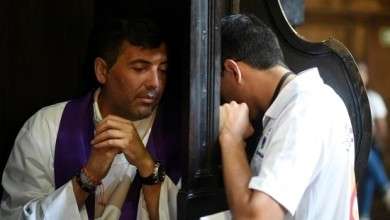