The De La Salle Brother wrote his sister near the end: “I am not worthy to suffer for Him.”

Guillaume Nicolas Louis Leclercq was born in Boulogne, France, in 1745. His dad was a merchant who had visions of his son taking charge of the business as soon as he finished his schooling. Guillaume was sent to Paris to learn the trade, somewhat of an apprenticeship in the business. But he had other feelings tugging at him. He knew he was being called to religious life. So he returned home and told his father he knew, in his heart, he was being summoned by God to a life of service. Guillaume was admitted to the De La Salle Brothers on March 26, 1767, and made his vows in 1769, taking the name Salomone. His initial assignment was to teach in Marville. After a few years, Brother Salomone was named Procurator of the major house at Seville. He then moved on to the new school at Melun as a mathematics teacher. By this time, the French Revolution had taken root, and persecutions of the Church and Catholics were becoming more frequent and more violent, so much so that random arrests and executions were occurring daily.

A pious man of deep faith, Salomone remained steadfast in his mission to serve Christ. Before long, he was named Director of Novices for his community. He would move on to become Procurator of the Congregation’s motherhouse and eventually become secretary to the Superior General of the Order. No matter how lofty a position he attained, he maintained his devotion to deep prayer and exemplified natural piety.

On January 3, 1791, all Catholic priests were given 24 hours to take an oath to the “Nation.” A majority of the clerics in France refused. Those who took this secular “oath” and rejected their religious vows were called constitutional bishops and were assigned to become the new “Church hierarchy.” All other priests and religious would be subject to death. On March 10, Pope Pius VI condemned the Civil Constitution of the Clergy.

During the year 1792, monasteries and convents were emptied by the secular forces to increase the prison space for those holding onto the “old ways.” This included Catholics who refused to take an oath of allegiance to the ‘nation.” One of these places was the monastery at Carmes.

On Sunday, September 2, 1792, a five-day period erupted in France where more than 2,000 people were massacred by their fellow Frenchmen as accused enemies of the state. This period is known as the September Massacres.  Among those martyred during that time were 188 Catholic clerics, including three bishops, 127 priests, 56 religious brothers and nuns, and five laypeople. Brother Salomone was among them.

The 188 inmates had been imprisoned in the Convent of the Carmelites in Paris. Once a place of prayer and peace, it had been turned into a place of horror. The bloodletting began at 4:30 p.m. on Sunday, September 2, 1792. The prisoners were escorted to the large courtyard.

Once assembled in the courtyard, they were attacked by dozens of revolutionaries and soldiers armed with swords, axes, spikes, and pistols. Some of the prisoners ran and tried to hide in the choir loft. Some ran behind the altar while others attempted to climb nearby trees. There would be no escape for any of them. The Catholic clergy were butchered beyond recognition.

Brother Salomone Leclerq is remembered for his courage and how he inspired those about to die with him. He wrote to his sister during his last days of confinement, “We bear with joy and thanksgiving the crosses and afflictions visited upon us. For my part, I am not worthy to suffer for Him, and up to now, I have had no bad experiences, whereas so many others who confess the faith are having difficulties.”

The others are known as the Holy September Martyrs or the Blessed Martyrs of Carmes. They were beatified  by Pope Pius XI in October 1926.

We ask them all to please pray for us. 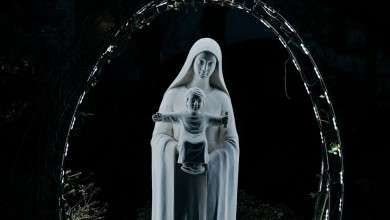 Did you know that the Blessed Mother Mary bilocated in her 1st apparition?

Remains of Padre Pio to be displayed in Rome next month