As established by Pope Paul VI in 1965 is the Synod Council members, whom are to serve as an advisory council to the Pontiff in a Synod meeting meant aimed at tackling developing challenging factors in the church and help in fostering a closer unity between the Roman Pontiff and bishops, to assist the Roman Pontiff with their counsel.
The synod as meant to take place every three years was handed over to the Council for the General Secretariat of the Synod of Bishops to ensure proper preparation towards the next Synod meeting.
Fifteen Synod Council members have been elected for the 2018 synod. Of the 15 members 12 are elected by the cardinals and bishops at the end of the Ordinary synod meeting and the remaining three were elected by the Pope himself.
Below are those elected by the Pope:

Are the bishops fiddling while places other than Rome burn? 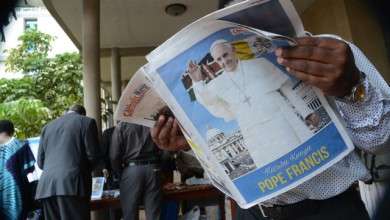