Advertisement
A German artist was fined after doing 27 pushups on a Catholic altar and posting a video of the stunt online.
In the video, 38 year-old Alexander Karle can be seen walking over a barrier at the communion rail at St. John’s Basilica in the city of Saarbrücken. He then climbs up on the altar, with his shoes on, to do the pushups, and briefly brushes off the altar with his hands before he leaves.

Karle, who studied art at a local university, published a video of the act on YouTube, under the title “Pressure to Perform.” He said that he wanted “to study the links between religion and the need to conform to high standards of the time,” according to reports from Russian and German news sources.
The video first caught the attention of Church officials when it was displayed at an art center last February. The parish brought charges against Karle, accusing him of defiling a place of worship.
“The Christian faith expects to be treated with respect,” local priest Fr. Eugen Vogt told Zeitung für Saarbrücken, calling the stunt an act of “provocation and offense.”

The General Prosecutor’s Office initially fined Karle €1,500 for disturbance of religious activities and illegal entry in a church domain closed to the public. The Prosecutor said that using the altar for something other than its original intention was not a “necessary condition for providing the right of freedom of speech and creative self-expression of the artist.”
However, Karle insisted that the act was not an attack against the Church but an artistic performance, and so the case was forwarded on to a local court.
Karle told local media that he had hoped his piece would trigger a conversation about materialism in the Church, and the high pressure to live up to the Church’s standards, among other things.
The trial took place on Tuesday of this week in front of a local court in Saarbrücken, which fined Karle €700 (approximately $746). 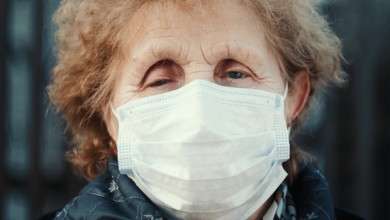