Pope Francis delivered an open-air Mass in Carpi, northern Italy when a bishop collapsed near the altar.
According to Breaking News, Bishop Claudio Stagni collapsed as the pontiff neared the end of Mass.
Other bishops rushed to Stagni’s aid but there has been no word on his condition.

When Bishop Stagni collapsed, Pope Francis was delivering a special mass for the city of Carpi, which was victim of severe 6.1 and 5.8 magnitude earthquakes in 2012.

Since the massive quakes, the city has been rebuilding – a project that may be mirrored in other parts of Italy, which fell victim to extensive quakes last year.
Several lives and religious sites were lost in the 2012 quakes so one of Pope Francis’ first stops in Emilia Romagna was Doumo cathedral of Carpi, where he brought a bouquet of white flowers to the foot of a statue of the Holy Virgin.
The Doumo cathedral was open for the first week since the devastation of the quakes.
In his homily, Pope Francis stated: “There are those who remain buried in the rubble of life. And there are those, like you, who with the help of God rise from the rubble to rebuild.”


Following his homily, the pontiff paid a visit to Mirandola, where the surviving families of the 2012 quakes waited.
His Holiness thanked the people of Mirandola “for the example you gave to all humanity, the example of courage to go ahead.”

The papal visit was meant to show gratitude for the renewal of the region, a message well-received.

Monsignor Francesco Cavina told the Italian Bishops’ Conference television TV2000 the pontiff’s visit was also mean to be “a sign of hope that rebuilding is possible for the people of central Italy, who unfortunately suffered what we did much more dramatically.” 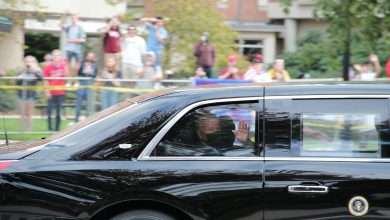