Football legend Diego Maradona has credited Pope Francis for the revival of his faith and his return to the Catholic Church.
The Argentine football player is scheduled to take part in the Pope’s United for Peace football match alongside celebrated players such as Ronaldinho, Francesco Totti and Felipe Anderson this evening.
“He is doing a great job also inside the Vatican, which pleases all Catholics. I had distanced myself from the church for many reasons. Pope Francis made me come back,” Maradona said at a news conference ahead of the match.
Proceeds from the charitable game will go to a number of Catholic charities, including the Scholas Occurrentes Foundation, which the pontiff founded in 2015. The foundation operates in 190 countries and works with schools to promote social bonds.
When asked about the power of sport, Pope Francis said: “A sports event is a highly symbolic act that helps show it is possible to build a culture of encounter and a world of peace, in which believers of diverse religions conserve their own identity while living in mutual respect.”
Maradona first played at the Pope’s charitable match in Rome in 2014. When Pope Francis was elected, Maradona said: “’Everybody in Argentina can remember “the hand of God” in the England match in the 1986 World Cup. Now, in my country, the “hand of God” has brought us an Argentinian Pope.’” 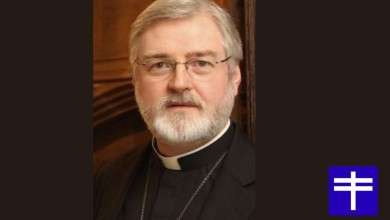 This Anglican Bishop has resigned his position to become a Catholic