He hated the Church until one event changed his life forever … and his story would later impress Maximilian Kolbe.

Born into a wealthy Jewish family in France in 1814, Alphonse Ratisbonne was set to become part of his uncle’s large banking firm. At first Ratisbonne was a nominal Jew, but when his older brother converted to the Catholic faith and became a priest, a hidden rage woke within him. Ratisbonne wrote, “When my brother became a Catholic, and a priest, I persecuted him with a more unrelenting fury than any other member of my family. We were completely sundered; I hated him with a virulent hatred, though he had fully pardoned me.”

Furthermore this hatred for his brother was broadened to include all Catholics, and Ratisbonne explained how it “made me believe all I heard of the fanaticism of the Catholics, and I held them accordingly in great horror.”

This also affected his personal beliefs and he came to no longer believe in God. Ratisbonne was too busy following worldly pursuits to worry about his Jewish faith and his deep hatred for Catholicism only pushed him further away from any type of religion.

He eventually began to feel the void in his heart, but at first sought to cure it through marriage. Ratisbonne was betrothed to his niece, but because of her young age the wedding was postponed. During this time of waiting Ratisbonne decided to travel without any singular purpose.

His trip started out by traveling to Naples, where he stayed for about a month. After that Ratisbonne wanted to go to Malta, but took the wrong boat and arrived in Rome. He stayed there, making the best of it, and ran into an old friend.

One day when visiting his friend Ratisbonne encountered a Catholic convert, Theodore de Bussieres, who knew Ratisbonne’s priest-brother. While this made Ratisbonne hate the man, he enjoyed conversing with him because of his knowledge.

test? Only to wear a little something I will give you; look, it is a medal

of the Blessed Virgin. It seems very ridiculous, does it not? But, I

assure you, I attach great value and efficacy to this little medal. [Also]

you must say every night and morning the Memorare, a very short

and very efficacious prayer which St. Bernard addressed to the

While at first Ratisbonne protested at wearing the medal (which was the Miraculous Medal), he decided to put it around his neck and say the prayer each day. He figured that it couldn’t do any harm and would prove to all the ridiculous nature of Catholicism.

Ratisbonne lived up to his side of the bargain, finding it easy to recite the Memorare. Then one day he was traveling in the city with de Bussieres and they stopped at the church Saint Andrea delle Fratte. When Ratisbonne entered the church it appeared to be engulfed in a marvelous light. He looked to an altar from where the light was coming and saw the Virgin Mary, appearing as she did on the Miraculous Medal.

He left the church in tears, clutching his Miraculous Medal. Several days later he was received into the Catholic Church. After returning to Paris his betrothed was shocked and rejected him and his new religion. Ratisbonne then entered the Jesuits and was ordained a priest.

This amazing story of conversion would later influence Saint Maximilian Kolbe to found the Militia Immaculatae and convinced him of the power of the Miraculous Medal. He firmly believed in Mary’s role in bringing the world to Christ. 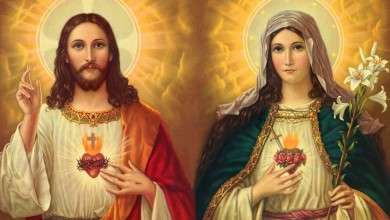 Prayer for this Morning (Wednesday, October 6) 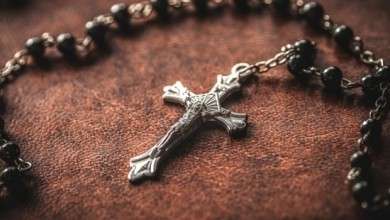 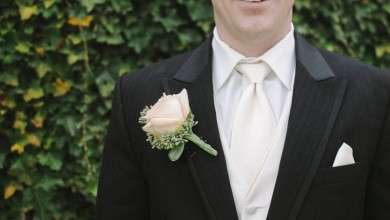 What’s in it for men? The benefits of getting married 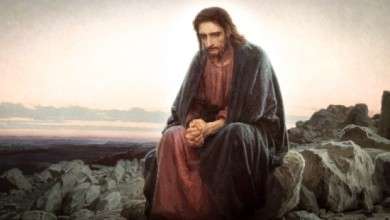