The British Broadcasting Corporation (BBC) in a Tv evening programme of monday 15th January 2016 broadcasted a documentary uncovering St. Pope John Paul II’s intimate relationship with a married woman, Anna-Teresa Tymieniecka, a Polish-born philosopher. The show was based on St Pope John Paul’s letters to her, which were sold to the National Library of Poland in 2008. But the BBC has not seen her letters to him.
BBC claimed that the close friendship appears to have lasted for more than 30 years, and began in the 1970s when the then Cardinal Karol Wojtyła met Anna-Teresa Tymieniecka
Before the broadcast BBC Journalist Ed Stourton made the point that there is no suggestion of any impropriety in St John Paul’s behaviour, but that the friendship was close. He mentioned that they both went on country walks and skiing holidays, and also mentioned that there are photographs of him with her on a group camping trip. He continued saying that “The friendship continued after he became Pope; she last visited him the day before his death in 2005.”
Anna-Teresa Tymieniecka’s husband, Mr. Hendrik Houthakker, a Harvard economist who was granted a papal knighthood by the St. Pope John Paul II, he was the Pope’s communist economies advisor.
The Vatican have greatly condemned the BBC’s documentary of uncovering the so claimed “Intense” friendship with a married woman, Anna-Teresa Tymieniecka.
The writer of an great an influential biography of St John Paul, George Weigel, described the story as “a tempest in a teapot” that would not change his perception of St John Paul II “in the slightest”
“Why should anyone find it odd that priests and bishops should have friendships with women, including the kind of friendships in which emotions and ideas are expressed in correspondence? Only those who imagine that celibacy is some weird and warped form of bachelorhood would find it odd,”George Weigel added
“Moreover, as my own Witness to Hope demonstrates, Karol Wojtyla was in correspondence with women who were his friends when he was a young priest; so the fact that he had an extensive correspondence with Anna-Teresa Tymieniecka and Wanda Poltowska as a bishop and as pope isn’t any big surprise. As I know from my own correspondence with him, John Paul II used letters to think things through, so again there’s no surprise that he did so in his letters with Tymieniecka. If these letters help some people understand that Karol Wojtyla, John Paul II, was a real person, I’ll be pleased; but many of us have known that for a very long time.” George Weigel explained further.
Panorama: The Secret Letters of Pope John Paul II, presented by British journalist Edward Stourton, focused on letters written by the former pope to Anna-Teresa Tymieniecka over the course of 30 years. The programme did not feature any of the letters that she wrote to him.
Greg Burke, deputy director of the Holy See Press Office said “With regard to a report on the BBC, it comes as no great revelation that Pope John Paul II had deep friendships with a number of people, men and women alike. No one will be shocked by that,”
The letters were sold to the National Library of Poland in 2008, and in a statement the library said what St John Paul II’s letters revealed was “neither secret nor extraordinary.”
“The statements made in the media have no basis in the content of the letters of John Paul II to Anna-Teresa Tymieniecka which are in the National Library of Poland’s archives,” a statement for the library said. “The friendship described in the media is well known and has been presented in many publications.
“John Paul II was surrounded by a circle of friends – including clergymen, nuns and laypeople – with whom he stayed in close contact. Anna-Teresa Tymieniecka was within this circle of friends – John Paul II’s friendship with her was neither secret nor extraordinary.”
Last night, Cardinal Vincent appeared to tweet about the programme, referring to St John Paul II as being “faithful” to God, his vows and his friends. 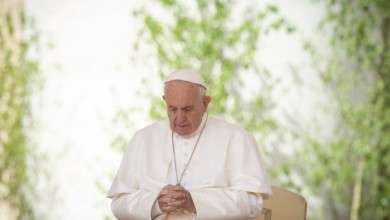 Here’s how Pope Francis will be celebrating Easter 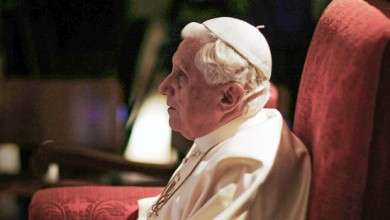