First a warning from the Church

Contents hide
1 First a warning from the Church
2 The Stories
2.1 Ven. Mother Isabella Fornari and Father Panzini
2.2 Margherite Demmerlé and her Mother-In-law
2.3 Maria Zaganti and Palmira Rastelli
2.4 Summary
2.5 Prayer for the Faithful departed

“Let no one be found among you who sacrifices their son or daughter in the fire, who practices divination or sorcery, interprets omens, engages in witchcraft, or casts spells, or who is a medium or spiritist or who consults the dead” Deuteronomy 18:10-11

The Church prohibits, as idolatry, any attempt to contact the dead. The key issue with this is that, the devil, who himself is pure spirit, can take advantage of the faithful’s lack of knowledge of spiritual things. This is the reason why you must be cautious with any apparitions from souls of the dead. NEVER believe them or follow what they say unless you seek counsel from the Church for direction. Report to your priest upon first contact. But NEVER try to contact any dead person, this is sinful. You can only pray to the Saints who are alive in heaven; since we know their fate. And the Church cannot be deceived by the devil since She is the Body of Christ.

Part of the modest display case that composes the small Museum

The mission of the Order of the Sacred Heart, founded in 1854 in France, was to pray for and offer Masses for the repose of the souls in Purgatory. They had a chapel in Rome which was dedicated to our Lady of the Rosary. Most of it was destroyed by fire in 1897. After the incident, Fr Victor Jouet, who was in charge of the chapel was amazed to see, on the charred walls, the face of a suffering soul in purgatory. By the permission of the then Pope Pius X, he traveled around Europe collecting relics of visits from souls in Purgatory.

Relic showing the hand-print of the Soul from Purgatory

Ven. Mother Isabella was Abess of the Poor Clares Monastery of St. Francis in Todi (Italy). She was one day visited by the suffering soul of Father Panzini, who was of the Benedictine Olivetan Order in Mantua. This event took place on November 1, 1731. To prove his suffering to her, he placed his left flaming hand on her desk. This left a scorched print and also etched a cross in the wood with his forefinger. Also, he placed his hand on the sleeve of her cloth, the heat burned through to her skin that she bled. She recounted this incident to her then confessor, Holy Cross Father Isidoro Gazata who told her to cut out the sections of her tunic and chemise and give him the small desk for safe-keeping. All were later shown to be of supernatural origin.

Margherite Demmerlé and her Mother-In-law

This incident took place in 1815 in the diocese of Metz. Margherite Demmerlé was visited by a soul who introduced herself as her mother-in-law. The latter said she had died in childbirth 30 years earlier. She asked Margherite to go on a pilgrimage to the Shrine of Our Lady of Mariental and ask that two Masses be said there for her.

When Margherite asked for a sign, the soul put her hand on the book she had been reading and burned a print on it. “The Imitation of Christ” was the book and her print was left on the open page. The Soul later returned to her after the pilgrimage and Masses to thank her; telling her she had been released from Purgatory.

Another case On March 5, 1871, Palmira Rastelli, who had died on December 28, 1870, appeared to her friend Maria Zaganti. Palmira asked her to tell Fr Sante Rastelli, who was her brother, to say Masses for her soul. She said she was suffering in Purgatory and needed those Masses to be free.

Palmira left proof of her appearance by touching the cover of Maria’s prayer book. Three scorched finger marks can be seen on it.

It is clear from these examples that while there’s fire in Purgatory as is in Hell, the souls of those in Purgatory suffer with perfect resignation to God’s will. They are holy souls and are filled with love and hope. Blessed Ann Catherine  Emmerich who had frequent visits to Purgatory, said:

“It is touching to see the Poor Souls so quiet and sad. Yet their faces reveal that they have joy in their hearts, because of their recollection of God’s loving mercy. On a glorious throne, I saw the Blessed Virgin, more beautiful than I had ever beheld her. She said: ‘I entreat you to instruct people to pray for the Suffering Souls in Purgatory, for they certainly will pray much for us out of gratitude. Prayer for these holy souls is very pleasing to God because it enables them to see Him sooner.’”

May the Souls of the faithful departed, rest in peace. Amen.

Prayer for the Faithful departed

O GOD of the Spirits of all flesh, O Jesus, Lover of souls, we recommend unto Thee the souls of all those Thy servants, who have departed with the sign of faith and sleep the sleep of peace. We beseech Thee, O Lord and Saviour, that, as in Thy mercy to them Thou became man, so now Thou would hasten the time, and admit them to Thy presence above.  Click here for full prayer 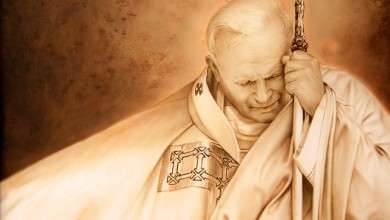 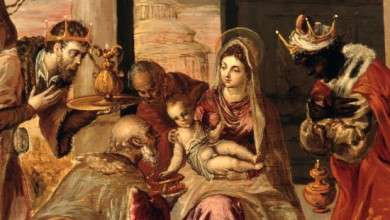 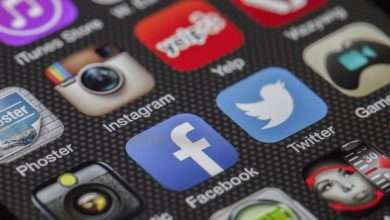 Check yourself for social media addiction 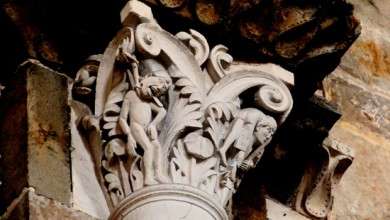