Mother Teresa sought inspiration in daily prayer during a lifetime of Catholic devotion and service. Her beatification as Blessed Teresa of Calcutta in 2003 made her one of the most beloved figures in the Church in recent memory. The daily prayer she recited reminds the faithful that by loving and caring for the neediest, they will be brought closer to Christ’s love.

Contents hide
1 Who Was Mother Teresa?
2 Her Daily Prayer
3 Faith in Action

Who Was Mother Teresa?

The woman would eventually become a Catholic saint was both Agnes Gonxha Bojaxhiu (Aug. 26, 1910—Sept. 5, 1997) in Skopje, Macedonia. She was raised in a devout Catholic home, where her mother would frequently invite the poor and destitute to eat dinner with them. At age 12, Agnes received what she later described as her first calling to serve the Catholic Church during a visit to a shrine. Inspired, she left her home at 18 to attend the Sisters of Loretto convent in Ireland, adopting the name Sister Mary Teresa.

In 1931, she began teaching at a Catholic school in Calcutta, India, focusing much of her energy on working with girls in the impoverished city. With her Final Profession of Vows in 1937, Teresa adopted the title of “mother,” as was customary. Mother Teresa, as she was now known, continued her work at the school, eventually becoming its principal.

It was a second calling from God that Mother Teresa said changed her life. During a trip across India in 1946, Christ commanded her to leave teaching behind and to serve the poorest and sickest residents of Calcutta. After completing her education service and receiving approval from her superiors, Mother Teresa began the work that would lead to her founding the Missionaries of Charity in 1950. She would spend the rest of her life among the poor and forsaken in India.

That spirit of Christian charity suffuses this prayer, which Mother Teresa prayed daily. It reminds us that the reason we care for the bodily needs of others is that our love for them makes us long to bring their souls to Christ.

Dear Jesus, help me to spread Thy fragrance everywhere I go. Flood my soul with Thy spirit and love. Penetrate and possess my whole being so utterly that all my life may only be a radiance of Thine. Shine through me and be so in me that every soul I come in contact with may feel Thy presence in my soul. Let them look up and see no longer me but only Jesus. Stay with me and then I shall begin to shine as you shine, so to shine as to be a light to others. Amen.

By reciting this daily prayer, Blessed Teresa of Calcutta reminds us that Christians must act as Christ did so that others may not only hear His words but may see Him in everything we do.

To serve Christ, the faithful must be like Blessed Teresa and put their faith into action. At the Triumph of the Cross Conference in Asheville, N.C., in September 2008, Fr. Ray Williams told a story about Mother Teresa that illustrates this point well.

One day, a cameraman was filming Mother Teresa for a documentary, while she was caring for some of the most wretched of the poor of Calcutta. As she cleaned the sores of one man, wiping up the pus and bandaging his wounds, the cameraman blurted out, “I wouldn’t do that if you gave me a million dollars.” To which Mother Teresa replied, “Neither would I.”

In other words, the rational considerations of economics, in which every transaction must be able to be monetized, leave the neediest—the poor, the sick, the disabled, the elderly—behind. Christian charity rises above economic considerations, out of love for Christ and, through Him, for our fellow man. 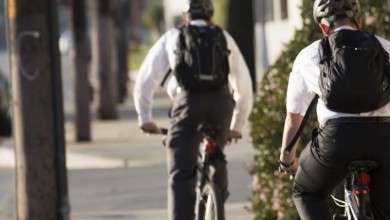 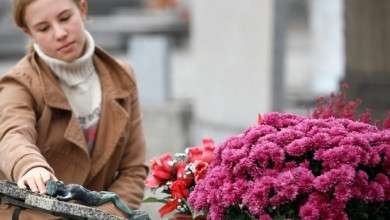 Prayer on the anniversary of a loved one’s death