Advertisement
The Jehovah’s Witnesses have been banned as an extremist group in a Thursday Supreme Court decision that observers feared signaled a further step back for religious liberty.
“For Jehovah’s Witnesses, this is going to be a frightening time,” Lorcan Price, ADF International legal counsel in Strasbourg, told CNA April 21.
“It effectively means that holding their beliefs and manifesting them is tantamount to a criminal act in Russia. They risk new levels of persecution by the Russian authorities.”
Price saw the move as continuing the reversal of positive trends in post-Soviet Russia.

“What we’re seeing really is the slide back into the type of attitude that characterized the worst of oppression in the 20th century by the Soviet regime in Russia,” he added. “It’s obviously very sad and disheartening to see that happening again.”
Russia’s Justice Ministry in March ordered that the Jehovah’s Witnesses denomination be liquidated and disbanded. Judges ordered the closure of the denomination’s Russian headquarters and almost 400 local chapters. The denomination’s property would also be seized.
The denomination’s lawyer, Viktor Zhenkov, said the group would appeal the court ruling upholding the order.
“We consider this decision an act of political repression that is impermissible in contemporary Russia,” Zhenkov told the New York Times.
Russia has duties under the European Court of Human Rights to protect freedom of worship and belief.
The Russian Orthodox Church is predominant in Russia, and some of its members have pushed to outlaw or curb the Jehovah’s Witnesses. Russia’s federal security service, the FSB, also holds the denomination under deep suspicion.
Svetlana Borisova, who represented the Justice Ministry in the Supreme Court, charged that the denomination’s members had shown “signs of extremist activity that represent a threat to the rights of citizens, social order and the security of society.”

Price said the ruling was “very disappointing and shocking,” but not surprising given negative trends.
“Last year in particular the government adopted some very draconian and far-reaching legislation that has severely disrupted the right of worship and freedom of belief in Russia,” he said.
Anti-terrorism measures have given Russian police powers to disrupt private worship services, to arrest and detain individuals handing out unapproved religious materials, and to outlay any publish preaching without prior approval from Russian authorities.
The Jehovah’s Witnesses suffered intense persecution under the Soviet era until the fall of communism in 1991. A 2002 anti-extremism law and a broader definition of extremism in 2006 once again put legal pressure on the denomination
Price said an appeal to the European Court of Human Rights could produce a positive response, but Russia has “a long history of ignoring decisions” from that court, which relies on diplomatic pressure to enforce its decisions.
“For Christians and minority faiths in Russia this is a frightening time,” he said. “Obviously we hope that people will pray for them.”
“What we hope is ultimately the Russian government will take notice of international condemnation and reverse these policies.” 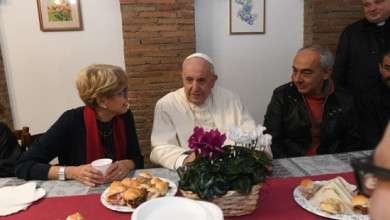 Third priest in a week found dead in Mexico