Participants at a Vatican conference on organ trafficking challenged China on Tuesday to allow independent scrutiny to ensure it is no longer using organs from executed prisoners, saying Chinese assurances aren’t enough to prove the transplant programme has been reformed.
Sparks flew in the afternoon session of the meeting as China’s former vice health minister, Dr Huang Jiefu, sought to assure the international medical community that China was “mending its ways” after declaring an end to the prisoner harvesting programme in 2015.
“I am fully aware of the speculation about my participation in the summit,” Huang told the conference, citing “continuing concerns about the transplant activities.”
He provided scant data to rebut critics, however, showing only two slides indicating an increased number of living and deceased donors in recent years and China’s recent efforts to crack down on black market transplant activities.
Huang first publicly acknowledged the inmate harvesting organ program in 2005 and later said as many as 90 percent of Chinese transplant surgeries using organs from dead people came from executed prisoners. He has spearheaded a reform effort and pledged that China put an end to the programme in 2015. But doubts persist that China is meeting its pledge, given its lack of transparency, the severe shortage of organ donors and China’s longstanding black-market organ trade.
Huang’s colleague, Dr Haibo Wang, stressed the sheer impossibility of trying to fully control China’s transplant activity since there are one million medical centres and three million licensed doctors operating in the country. As a result, China proposed at the Vatican meeting that the World Health Organisation form a global task force to help crack down on illicit organ trafficking.

Dr Jacob Lavee, president of Israel’s transplant society, insisted in response that WHO be allowed to conduct surprise inspections and interview donor relatives in China.
“As long as there is no accountability for what took place … there can be no guarantee for ethical reform,” he told the conference in a heated exchange.
He was joined by Dr Gabriel Danilovitch, from the UCLA Medical Center, who challenged the Chinese delegation to declare straight out if prisoner organs were no longer used.
Wang countered that he and Huang spent the past 12 years battling critics inside China and out to reform the sector, and said China shouldn’t be singled out for spot WHO inspections.
The back-and-forth underscored the controversy over China’s participation in the conference, after critics sent letter to organisers and Pope Francis warning that Chinese attendance amounted to a Vatican whitewash of its past practices. Organisers, however, stood firm in their invitation and even came to China’s defence in trying to prevent TV cameras from covering the Chinese presentation.
“Are they doing any illegal transplantation of organs in China? We can’t say,” said Mgr Marcelo Sanchez Sorondo, chancellor of the Pontifical Academy of Sciences. “But we want to strengthen the movement for change.”
The Vatican conference is part of Pope Francis’s efforts to crack down on trafficking in humans and organs. China’s participation also conveniently corresponded with his efforts to engage Beijing in hopes of improving diplomatic relations. China’s foreign ministry, however, played down the diplomatic significance of Huang’s presence.
It’s unclear how effective a WHO organ trafficking task force would be, given that the UN agency is completely reliant on countries to provide health information and statistics and rarely collects or independently verifies data provided by governments.
China has long been criticised for its lack of transparency in public health. During the global outbreak of Severe Acute Respiratory Syndrome (Sars) more than a decade ago, for example, China initially covered up the epidemic. By the time China began to acknowledge the true scale of the outbreak, Sars had spilled across Asia and to North America.
More recently, China has been criticised for not quickly sharing details of its expanding bird flu outbreak. WHO, now run by China’s Dr Margaret Chan, has largely refrained from criticising the country’s efforts and has endorsed its organ transplant reform process.
China aside, WHO is typically loath to criticise member countries. During the 2014 Ebola outbreak, for example, it delayed for months declaring the biggest-ever epidemic of the lethal disease to be a global emergency, fearing it would offend the affected countries. It also refrained from publicly slamming Brazil last year when the country initially refused to share virus samples from its Zika outbreak. 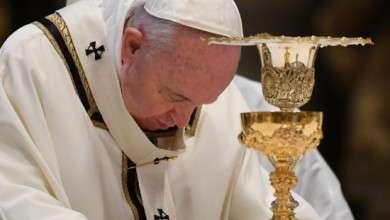 Vatican distances itself from Kim Davis after Pope Francis meeting 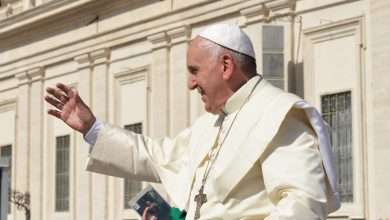