A retired priest in Illinois hit two women with his car as he pulled out of a parking lot after a Christmas party, killing one, authorities said.

Paul Burak, a 73-year-old former pastor at St. Michael Catholic Church in Orland Park, was charged Thursday with aggravated driving under the influence of alcohol and leaving the scene of a fatal accident after Margaret “Rone” Leja, 61, was killed late Wednesday, the Chicago Tribune reported.

Burak, who retired last year after winning a lifetime service award, also struck Elizabeth Kosteck, 54, when he backed out of a parking spot in his Buick Regal after assuring two partygoers that he was OK to drive, Cook County Prosecutor James Murphy said.

Burak later told cops he had drunk a Manhattan and a glass of wine at the party, saying he had blacked out for most of the night and thought he might have hit a curb rather than two people, Murphy said.

The longtime holy man hit the women as they crossed an access road and then accelerated before driving away. Leja succumbed to her injuries, while Kosteck was recovering at home after being released from a hospital, the newspaper reported.

An attorney for Burak, meanwhile, said during a bond hearing Saturday that the Palos Heights man suffers from Parkinson’s disease and glaucoma.

“He is devastated by what happened that day,” attorney Tim Grace told a judge while asking for Burak to be released on his own recognizance, citing his lack of criminal record.

A judge declined that request, setting Burak’s bond at $10,000 while ordering that he be electronically monitored upon release. Burak was later transported to his home on Saturday by Cook County deputies who installed the court-ordered monitoring equipment, the Tribune reported.

“This is a horrible event for everyone involved,” Judge Arthur Wesley Willis said. “ … I do believe he is devastated. The family is devastated as well.”

Attempts on Monday to reach Burak — who grew up in Chicago and became a priest in 1972 — were unsuccessful.

Church officials are cooperating with police investigators, according to a statement released by the Archdiocese of Chicago.

“As a community we continue to grieve the loss of Ms. Leja and the injury to Mrs. Kosteck,” the statement read. “We again offer our heartfelt condolences, support and sympathy to their families and are keeping them and all affected by this tragedy in our prayers.”

Burak is listed on the church’s website as a retired priest who works as a weekend assistant.

News of Burak’s arrest came as a complete shock to a friend of one of the victims, WLZ-TV reported.

“Total disbelief,” Jan Brown told the station. “First, I was not sure if I had heard the name correctly. I feel so sorry for the family. I do not know how they can move forward after [this] tragedy.”

Say a Hail Mary for the victims and for the priest too. May God help his Church.

Full text of the Pope's 'in-flight' interview with the Press 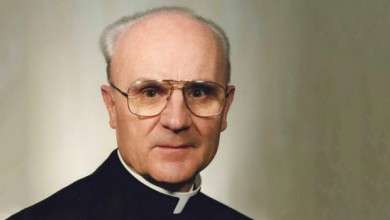 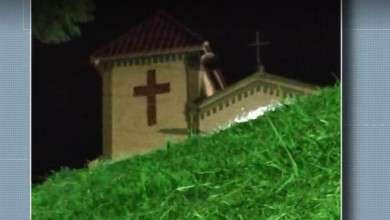 Which is the real narrative for the riveting theatre of the synod?