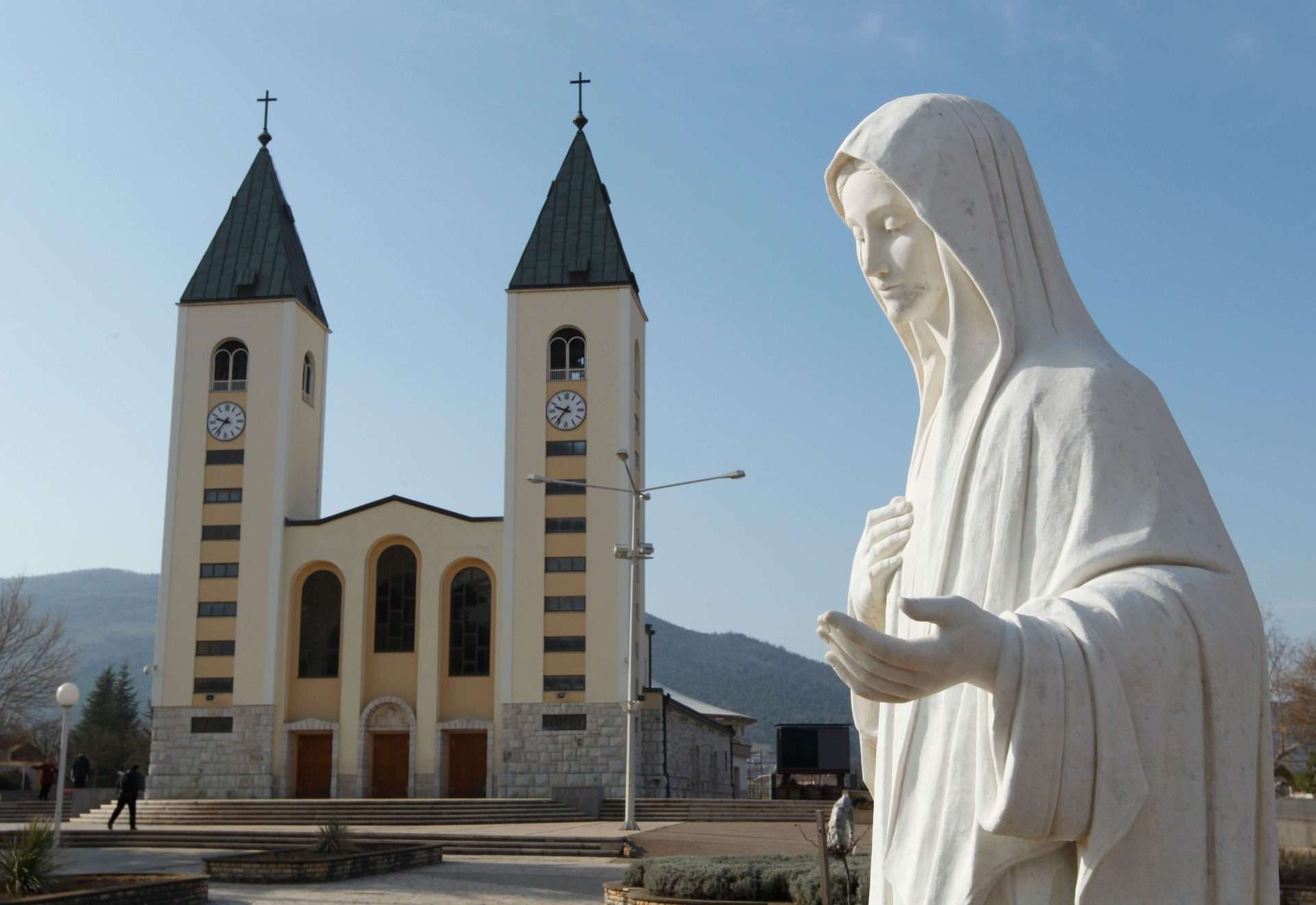 Randall Sullivan was an atheist, working as a war correspondent in Bosnia. He was also a contributing editor to Rolling Stone magazine. During a visit to Medjugorje, something changed his life forever.

Sullivan started his day interviewing visionary Mirjana. He explained the interview went poorly and she kicked him out of her house.

Within nothing more to do for the day, Sullivan decided to climb Cross Mountain. The day was hot and sunny, almost too hot for a climb. Few people seemed willing to make the hike up the path, but Sullivan went anyway.
As he climbed, he heard beautiful melodious voices singing in French. He came upon a party of French nuns, singing and praying the Stations of the Cross. Sullivan decided to join their party for awhile.

The pleasant experience was interrupted by a developing thunderstorm which engulfed the mountain. Soon, it was raining. Thunder and lightning crashed everywhere. Sullivan suddenly felt and urge to kneel and pray, which he did for the first time in his life.

As he prayed, a pretty, young woman appeared to him. She comforted him in the storm and placed a hat on his head. The moment was so peaceful and surreal, that Sullivan closed his eyes to take it in. When he opened his eyes, everything was gone. The brilliant sun was hot. The nuns were nowhere to be seen. The young woman had disappeared. He had no hat. Nobody else saw anything. Not the nuns, not the storm, nothing. For everyone else, it was an ordinary day in every way.

Sullivan realized he’d just experienced a miracle. From that moment on, he became a believer.

Sullivan is now a believer in the miracles of Medjugorje, having witnessed one firsthand. Of critics he says, “There is no single word I discovered that so instantly could produce a rapturous smile a derisive snort or an uncomfortable silence in the Vatican as “Medjugorje” What fascinated me was that those that extolled Medjugorje as a place of sacred virtue of unparalleled power all had made pilgrimages to experience the village first hand while those who scoffed knew only what they had read or heard. The priests inclined to to dismiss reports of miracles at Medjugorje (first as an insult to their intelligence and second as an embarrassment to the church) all seemed curiously muted.”

What do you think? Do you believe in the miracles at Medjugorje?