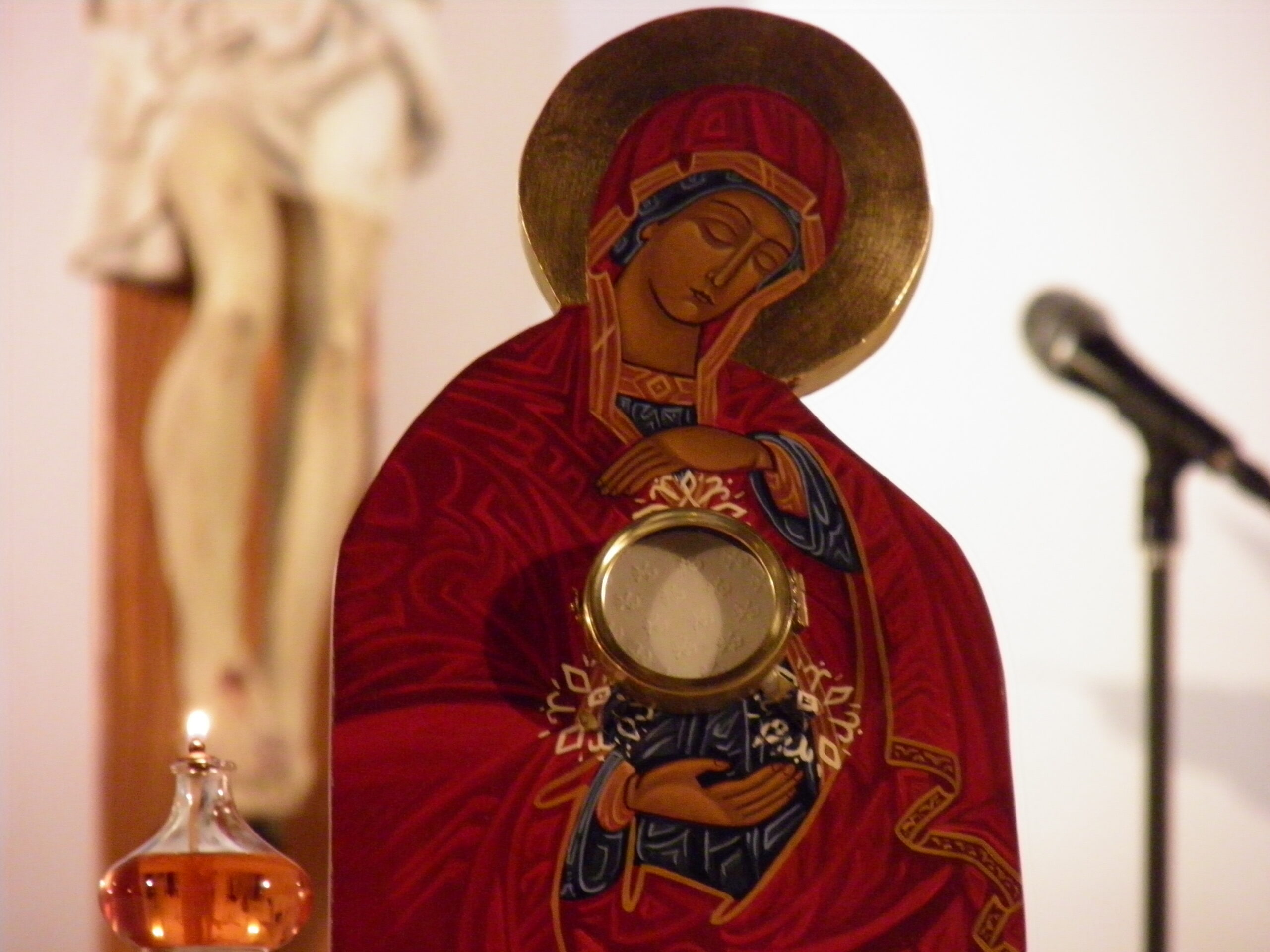 Most of us Catholics get this accusation a lot: Catholics worship Mary. This is a common thing protestants do; one of the most popular. However, there are five facts I think they ignore when they make these accusations.

1. God Chose Mary – Only Mary- to be His Mother

God chose to be born of the Blessed Mother. No one can change or truthfully downplay her importance in the salvation narrative. Out of all of the people who existed before and after her, God chose her. If the call of a prophet is seen as a huge gift, of predestination, why would anyone ever doubt the specialness of being Mother of God? She is literally Mother to someone you believe in and worship, shouldn’t she mean anything to you?

2. Jesus Changed his ‘Timeline’ and Performed a Miracle At Mary’s Request

This is a huge deal too. It is true that Jesus didn’t need Mary to perform any miracles but imagine what happened in Cana. Jesus’ time had not come and yet Mary trusted in his love for her and said “Do whatever he tells you”. Jesus had countered before, basically refusing to do anything because “what is it to you and to me”, and “my time has not yet come”. Yet, Mary ignored his resistance and just said to the servants “Do whatever he tells you”. It looks to many like a put-down but this is a demonstration of the power Mary has over her son. This power is love. Jesus loves his Mother and cannot resist doing her bidding. This is a big deal.

3. Jesus Gave Mary To John From The Cross

Imagine Jesus saying useless words all three years of his ministry. Is this even possible? Didn’t every word he said all through his life have very deep meaning? Imagine him, in his pain, agony, and extreme weakness saying the words above. Are you seriously going to pretend it doesn’t mean anything? The question is why did he say these words? His Apostles were NEVER going to ignore Mary and not take care of her after his death. This is not just some simple “hey dude, could you do me a solid?”.

The Church has always believed that in that moment, John represented each member of the Church, and from then on, Mary had become our Mother. If John accepted Jesus’ gift and “took her home”, should we not bring Mary to our homes? Isn’t our entire lives supposed to be modeled after Jesus’ life and his Apostles? Or are we going to keep playing that game where we pick and choose what fits into our own specific beliefs and chop off large parts of the Gospel?

4. Jesus’ First Graces Were Given Through Mary

We know how powerful the words of the Prophets were. The Bible is rife with stories of God performing all kinds of miracles through the ministry of his servants. But only Mary was privileged enough to be an instrument of God’s Spirit before the Apostles. The Apostles received the Holy Spirit when Jesus breathed on them and in full when the Spirit was poured on them at Pentecost. The Spirit dwelled in their souls, teaching, sanctifying, and working through and with them. Only Mary possessed God in the way she did. She alone had God in her Spirit and in her womb. This was basically like being a Haven where God found it fit to live. The power of God overflowed from her who was “full of grace”, that when she greeted Elizabeth she and her Baby received the Holy Spirit.

I am getting goosebumps just imagining such power and grace! Mary’s voice was used to deliver such profound graces to others. Maybe even more than just Elizabeth. And she means nothing to God? Really? Because God fills people he doesn’t value to overflow with his Spirit; the choicest of all his gifts.

Did the grace come from her? No. Did the grace to part the Red Sea come from Moses? No. This grace originated from God living in her womb and in her heart. However, He chose to have Mary a delivery instrument to fill others with this grace.

5. The Church teaches that Jesus Is The Sole Mediator Between God And Man

This is about the most misunderstood fact causing people to accuse Catholics of Mary Worship.

This is similar to the point I made above. For those who do not understand that Catholic position on the matter, this doesn’t make sense. But it actually does if you want to actually think and be honest about it.

The Catechism of the Catholic Church says:

Intercession is a prayer of petition which leads us to pray as Jesus did. He is the one intercessor with the Father on behalf of all men, especially sinners.

This supports this passage:

For there is one God, and there is one mediator between God and men, the man Christ Jesus, who gave Himself as a ransom for all.

I believe the issue here is a misunderstanding of God’s actual intention for man. God doesn’t just want to act directly on souls, he wants us to help. This is the reason God instituted a ministry on earth and enlisted men, not angels. He told the Apostles to go and work in his name. Baptizing, teaching, and promised Peter “Whatever you bind on earth is bound in heaven”. This is not a natural but a divine power. A decree made by Peter and his successors will have heavenly implications. This is a huge deal.

God wants also that each of us will, in different capacities be channels of grace. Interceeding for one another and helping each other.

The office of Mary is closer to this than compared to Jesus as mediator. Jesus ALONE is the bridge. In him (literally in him), God meets Man and reconciles. So that in Jesus, God becomes man and man becomes God. So, nothing actually can get to God without going through Jesus.

Like when Mary mediated at Cana, he stood before God (Jesus), and spoke on behalf of another human being. God, knowing the future, and giving us invaluable teaching (about her intercessory power) accepted Mary’s intercession and acted. This does not mean Mary performed a miracle, she merely interceeded. The power originated from God and came to those who needed it through Mary. This couldn’t be simpler.

Five Facts People Ignore Before Accusing Catholics of Worshipping Mary. Leave us a comment below.