A controversial working document for the Vatican’s synod on the family took a hard hit from numerous bishops who’ve called the text overly negative, unclear, and possibly inaccurate in its translations.
“While various elements of the (document) are admirable, we found much of the text to be flawed or inadequate,” says a new report from group “D” of the four English-speaking synod circles.
The document – officially called an Instrumentum Laboris – also fell short “especially in its theology, clarity, trust in the power of grace, its use of scripture and its tendency to see the world through overwhelmingly Western eyes,” the bishops said Friday.
The group added that they felt “limited” in their ability to respond to challenges of the family today because the audience of the instrumentum wasn’t clear – asking whether they were writing for the Pope, families or the world.
Pope Francis officially opened the 14th Ordinary General Assembly of the Synod of Bishops Sunday, Oct. 4, with the event closing on Oct. 25.
Small groups are playing a larger role in this year’s gathering. While the groups’ individual reports were only published once last year, they are now being published after each of the three synod phases.
Divided into three parts, with each week dedicated to one of the three sections of the instrumentum. So far the bishops have spent the first week of the meeting discussing the document’s first section, titled “Listening to the challenges of the family.”
Afterward, discussion will shift to the second part, titled “Discernment of the family vocation,” before culminating with the third, “The mission of the family today.”
Divided by language into 13 groups with around 20 members each, one small group is in German, four in English, three in Spanish, two in Italian and three in French. Groups were determined by both the language of participants and the requests of the synod fathers.
In their report, the English-speaking “D” group said that rather than beginning with the failures and challenges of the family, the document ought to begin “with hope,” since many families are already successfully living the Gospel’s message about marriage.
They expressed concern that readers would ignore the document “if it begins with a litany of negatives and social problems” rather than a biblical vision of joy and confidence in the Word of God.
“The huge cloud of challenges pervading the first section of the text unintentionally creates a sense of pastoral despair,” they said, noting how many in their group suggested that the first and second sections of the instrumentum be switched.
“If marriage is a vocation, which we believe it is, we can’t promote vocations by talking first about its problems.”
Also noted by the group was the lack of serious reflection on gender ideology, the role of men and fathers as well as women, the destructive nature of pornography, the misuse of technology and pastoral care for the differently-abled.
With the instrumentum’s presentation appearing “chaotic, without inherent logic,” both Pope Francis “and the people of the Church deserve a better text, one in which ideas are not lost in the confusion,” they said.
Language was another topic the group found problematic, and in their report expressed concern that “the English translation may not be faithful to the official Italian text.”
Others, they said, “complained that many of the document’s statements were too general and not specific enough. Still others felt the text had many inaccurate generalizations, was verbose and repetitive.”
Members of group “D,” supported by various other English speaking groups, found the scope of the instrumentum to be “narrow” and “excessively inspired by West European and North American concerns, rather than a true presentation of the global situation.”
Terms such as “developing nations” and “advanced countries” were considered to be “condescending and inappropriate for a Church document.”
Others members said that the language was “too careful and politically correct,” and therefore made the content “unclear and sometimes incoherent.”
Group “A” echoed the concern, fearing that the document gave “an overly Euro-centric or Western mindset,” and suggested using a more cultural and global tone that is “open to the richness and real experiences of families today, in various nations and continents.”
Similarly, all of the other English-speaking groups referred to the document as too negative, and suggested that a greater emphasis be placed on hope and families who already strive to be faithful to the Gospel and their vocation.
The “C” group said that terms used in the instrumentum such as “the Gospel of the family” and “the domestic Church” that at first were seen as illuminating, have instead become “cliché” and unclear in their meaning.
“We felt that it may be a good thing if they were given a rest and if we chose instead to use a language which was more accessible to those unfamiliar with our particular speak,” the group said.
They stressed the need to beware of “a kind of Church speak of which we are barely conscious,” saying that the instrumentum “more than its share of it, and it would be good if the final document moved in a different and fresher direction.”
Group “B” also voiced the need for a more simple language, which is more accessible to families, and shows “that the synod fathers had listened to and heard their contribution and comments to the synodal process.”
Released in June, the synod’s Instrumentum Laboris builds on the final report of last October’s extraordinary synod, and incorporates suggestions from Church entities like bishops’ conferences and even individuals who freely sent their opinions.
The document will serve as a basis for this year’s synod report, which will be written at the end of this week and developed throughout the next synod phases. At the end of the process, a 10-member global commission nominated by Pope Francis will draft the final synod report.
However, many of the groups suggested a single editor review the final document for clarification, rather than a committee, in order to maintain clarity.
By Elise Harris
http://www.catholicnewsagency.com/news/flawed-inadequate-bishops-skewer-synods-working-doc-in-new-report-83620/ 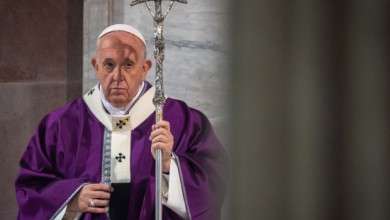 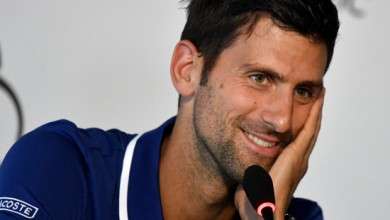 Wimbledon champion Novak Djokovic: “Before I am an athlete, I am an Orthodox Christian”