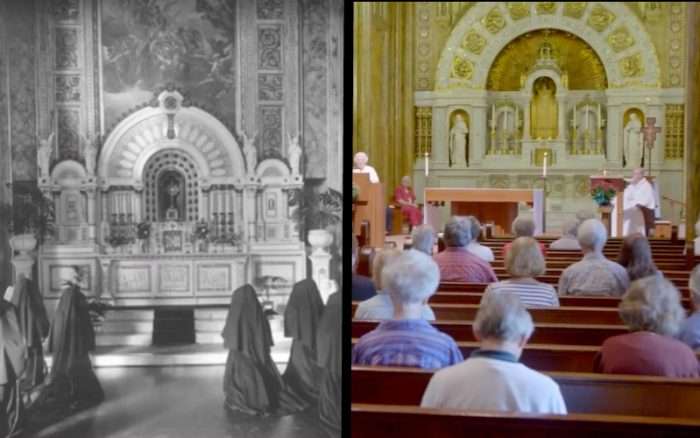 The Franciscan Sisters of Perpetual Adoration in La Crosse, Wis. will end their longstanding perpetual Eucharistic adoration tradition as of this month.

The sisters began worshipping Our Eucharistic Lord around-the-clock in 1878. Through fires, floods, and flu outbreaks, the sisters constantly prayed before the Blessed Sacrament for more than 140 years.

The FSPA announced that they will instead pray for 16 hours per day–from 6 a.m. to 10 p.m. daily.

“FSPA remains devoted to the spirit of our long-standing tradition,” FSPA president Sr. Eileen McKenzie said in a press release.

“Our thoughtful study over the years has included a growing understanding of a modern way to live in adoration through our prayer lives and actions, no matter where we are.”

Sr. McKenzie explained that their order’s name will remain the same “due to the longevity of the tradition” and that “the sisters and prayer partners will continue adoration in the Adoration Chapel to the extent possible, and by definition of perpetual, repeated continuously even though interrupted for portions of time.”

“Their membership has unfortunately dramatically declined in the last few decades,” ChurchPOP reported. “In 1997, after 119 years of the sisters handling the perpetual adoration, they reached out to their local community for help. Now, sisters and lay volunteers take turns at continuing the Eucharistic adoration.”

The community continues depending on their prayer partners for help with their adoration ministry.

“As demographics continued changing in the early 2000s, we began studying the future of the practice and growing in our understanding of how we can move forward tending to the spirit of perpetual adoration while recognizing it becoming necessary to discontinue night hours,” Sr. McKenzie added.

“We’re inviting all Franciscan Sisters of Perpetual Adoration, our current partners in mission, and future partners, to pray and live in adoration from any location at any time.”

Have a prayer request? Click here to ask the sisters to pray for you!