Freemasons, Francmaçons, Libremuoratori, Freimauren, were the names given throughout Europe to the builders of the great medieval cathedrals. They belonged to Catholic guilds and were bound by strict adherence to the tenets of the Catholic faith and morality. As they traveled from country to country with different languages and customs, they developed their own set of signs, symbols and gestures as means of mutual recognition. These builders were known as “operative” masons.
Beginning in 16th and 17th century England, having lost the true Catholic Faith, free-thinkers, agnostics, alchemists, “antiquarians” (those interested in pre-Christian religions), spiritualists, and Rosicrucians (a fellowship dedicated to restoring the earthly paradise through scientific advancement and occult knowledge) emerged and began openly forming cenacle, salons, clubs and secret societies to further their aims. In 1717 many came together to form a unified “Grand Lodge” to build not cathedrals to the glory of God, but a temple dedicated to the glorification and  perfection of man. Under the guise of rebuilding Solomon’s Temple, a  symbol of human wisdom, these “Free builders” or “speculative” masons adopted the rituals and signs of the earlier Cathedral builders to secretly set about building a new world order, or Novus Ordo Saeculorum. This new order, according to its adepts would be based on human rights, liberty, equality, fraternity and the universal brotherhood of man.
Supposedly free from the arbitrary dictates of “altar and throne,” Masonic lodges spread across continental Europe in the 18th and 19th centuries fomenting political unrest and social upheavals. The vast majority of revolutionary thinkers of the period, including Rousseau and Voltaire, were inducted Freemasons.
The lure of the lodges was that in a highly structured class system also religiously divided, they accepted men of all ranks, stations and faiths without distinction into a fraternal bond of philanthropy. Masonry presented itself as “a beautiful system of morality, veiled in allegory and illustrated by symbols.” The “Craft” was there to “make good men better” regardless of their religious or political affiliations.
Beneath the high-sounding rhetoric, smoldered a deep hatred of the Roman Catholic Church and its teaching authority on faith and morals. The words with which Voltaire signed many of his letters come to mind, “Écrasez l’infame “ (Crush the loathsome thing) — referring to the Catholic Church.
The Permanent Instruction of Alta Vendita  (a Masonic document discovered in the mid-19th century and verified by Pope Pius IX)  concurs:

Our ultimate end is that of Voltaire and of the French Revolution – the final destruction of Catholicism, and even of the Christian idea. The work which we have undertaken is not the work of a day, nor of a month, nor of a year. It may last many years, a century perhaps…Crush the enemy whoever he may be; crush the powerful by means of lies and calumny…If a prelate comes to Rome from the provinces to exercise some public function, learn immediately his character, his antecedents, above all, his defects. If he is already a declared enemy…envelop him in all the snares you can lay under his feet; create for him one of those reputations which will frighten little children and old women…paint him cruel and sanguinary: recount regarding him some trait of cruelty which can easily be engraved in the minds of the people.

For its part, the Catholic Church has prohibited Catholics from membership in Masonicorganizations and other secret societies, starting in 1738. Since then, at least eleven popeshave made pronouncements about the incompatibility of Catholic doctrines and Freemasonry and from 1738 until 1983, any Catholic who publicly associated with, or publicly supported, Masonic organizations was censured with an automatic  excommunication Latae sententiae (the act in itself being sufficient cause without need of further judgment or ecclesiastical pronouncement).
The clearest of these condemnations is that of Pope Leo XIII’s Humanum Genus, published in 1884:

The race of man, after its miserable fall from God, the Creator and the Giver of heavenly gifts, “through the envy of the devil,” separated into two diverse and opposite parts, of which the one steadfastly contends for truth and virtue, the other of those things which are contrary to virtue and to truth. The one is the kingdom of God on earth, namely, the true Church of Jesus Christ; and those who desire from their heart to be united with it, so as to gain salvation, must of necessity serve God and His only-begotten Son with their whole mind and with an entire will. The other is the kingdom of Satan, in whose possession and control are all whosoever follow the fatal example of their leader and of our first parents, those who refuse to obey the divine and eternal law, and who have many aims of their own in contempt of God, and many aims also against God….. At every period of time each has been in conflict with the other, with a variety and multiplicity of weapons and of warfare, although not always with equal ardor and assault. At this period, however, the partisans of evil seems to be combining together, and to be struggling with united vehemence, led on or assisted by that strongly organized and widespread association called the Freemasons.

What makes this declaration so important is that it clearly points out the origin of what would coalesce into Freemasonry. The modern “Craft” did not appear out of thin air just prior to the French Revolution, but is simply a manifestation of the  age old battle begun in Eden. Humanity is divided between those who serve God and those who serve Satan.
The enmity of these two camps will continue until the end of time.  There can be no truce nor melding of Good and Evil as proposed by the Freemason Albert Pike in his authoritative Morals and Dogma of Freemasonry in chapter XXII “Sublime Prince of the Royal Secret”:

The primary tradition of the single revelation has been preserved under the name of the “Kabalah” [sic] …. of that Equilibrium between Good and Evil, and Light and Darkness in the world which assures us that all is the work of the Infinite Wisdom  and Infinite Love. (Emphasis added)

Pope Leo’s encyclical also makes it clear that the true end of Freemasonry is not the apotheosis [divinization] of man, as generally  believed, even by the vast majority of Masons and modernist circles within the Church,* but the apotheosis of Satan. This will be achieved, according to Pike, in the Kabbalistic doctrine of apokatastasis, or a harmonious rapprochement of all that exists, good and evil, male and female (androgyny), Christ and Satan, all encompassed and melded together under the guise of a universal infinite love.
This is the “occult doctrine” promoted through the ages by the followers of Satan going back to the Garden, as newly propounded  by Helena P. Blavatsky  – The Secret Doctrine (Pasadena, California: Theosophical University Press, 1963), Volume I, page 414.  Volume II, pages 234, 235, 243, 245.

Once the key to Genesis is in our hands, it is the scientific and symbolic Kabbala which unveils the secret. The Great Serpent of the Garden of Eden and the “Lord God” are identical…. When the Church, therefore, curses Satan, it curses the cosmic reflection of God…. For it is he who was the “Harbinger of Light,” bright radiant Lucifer, who opened the eyes of the automaton [Adam] created by Jehovah, as alleged; and he who was the first to whisper, “In the day ye eat thereof, ye shall be as Elohim, knowing good and evil” — can only be regarded in the light of a Saviour. An “adversary” to Jehovah… he still remains in Esoteric Truth the ever loving “Messenger”… who conferred on us spiritual instead of physical immortality…. Satan, or Lucifer, represents the active… “Centrifugal Energy of the Universe” in a cosmic sense…. Fitly is he… and his adherents… consigned to the “sea of fire,” because it is the Sun… the fount of life in our system, where they are purified… and churned up to re-arrange them for another life; that Sun which, as the origin of the active principle of our Earth, is at once the Home and the Source of the Mundane Satan….

(Blavatsky was initiated into the Grand Orient Adoptive Rites of Memphis and Miriam with the highest rank of Crowned Princess 12, on November 24, 1877)
This is also the occult doctrine proposed by Valentin Tomberg in his Meditations on the Tarot, eulogized by Hans Urs von Balthasar in his glowing afterward (English edition) and unfortunately adopted by many in the Church today.
The battle rages on. As HH Pope Paul VI warned in his 15 November 1972  General Audience, “Evil is not a deficiency, but a highly efficient spiritual being both perverted and perverting, It is a terrible reality that is mysterious and frightening. ‘We know,’ writes St. John the Evangelist, ‘that we are of God, and the whole world is in the power of the Evil One.’” The Evil One knows he has been defeated, but in his pride he refuses to accept the fact. If he can but once again be accepted by humanity as God’s equal, he believes, the Almighty must accept him, as well. Éliphas Levi, “As above, so below, as below, so above” the Masonic “Complete God”

This is the “occult” doctrine of all ages known to initiates as the “Emerald Tablet of Hermes Trismegistus,” a mythical Egyptian contemporary of Moses. It is the Kabbalistic doctrine of harmony arising from the fusion of opposites or “coincidetia opositorum,” a “God” beyond true and false, right and wrong, good and evil. This doctrine, unfortunately has been surreptitiously penetrating our Holy Faith since (as von Balthasar points out in his afterward to Meditations on the Tarot) the Renaissance, and in the Modernist movement, which was categorically denounced by St. Pius X in 1907.
We know from the Book of Genesis that Our Lady is called to crush the Serpent’s head “…And I will establish a feud between thee and the woman, between thy offspring and hers; she is to crush thy head, while thou dost lie in ambush at her heels.”   Genesis 3: 7 May this prophesy be fulfilled soon!
Pray the Rosary
*Vatican II, Gaudium et Spes, no. 12. “Believers and unbelievers agree almost unanimously that all things on earth should be ordained to humanity as to their center and summit.”
By H. Reed Armstrong 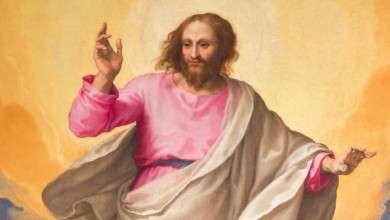 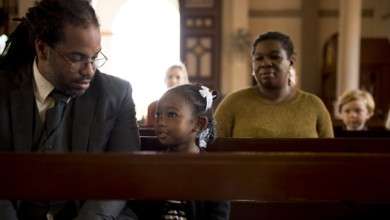 Five Ways Parents Can Engage Children in the Faith 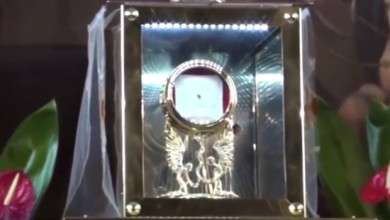 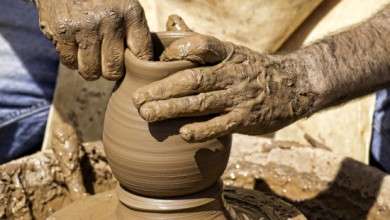 The Blessing and Burden of the Keys