Pope Francis has met privately at the Vatican with President Hollande

Pope Francis met privately at the Vatican with French President Francois Hollande, who said he felt it necessary to thank the Pope in person for his words after the slaying of a French priest and other terrorist attacks in France.
The president arrived in Rome on Wednesday and went directly to the French national church, St Louis, to visit a chapel set up as a place of prayer for the victims of terrorism.
The chapel honours the memory of the 130 people who died during the November attacks in Paris, the 84 who died in Nice in July and Fr Jacques Hamel, who was brutally murdered as he celebrated Mass on July 26.
Father Hamel’s killers claimed allegiance to the Islamic State group.
After the priest’s murder, Hollande had phoned the Pope, telling him that “when a priest is attacked, all of France is wounded.” Pope Francis, traveling to Poland the next day, told reporters he appreciated Hollande’s call, reaching out to him “as a brother.”
Hollande and the Pope reportedly spent about 40 minutes meeting privately. The president also met with Cardinal Pietro Parolin, Vatican secretary of state.
In a statement issued after the meeting, the Vatican provided no details of the discussion. However, it did say that as a gift, Pope Francis gave Hollande a bronze medallion inscribed with the words, “The desert will become a garden,” referencing the prophet Isaiah. 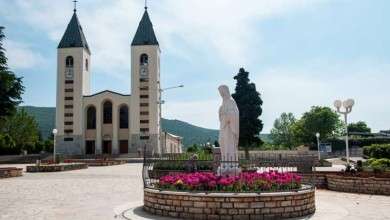