Anna Schäffer told Jesus, “Do with me as you want.”

The saints are spiritual gems whose stories can take your breath away. Say “hello” to one such astonishing saint: Anna Schäffer.Anna Schäffer was born into a simple, hardworking family in Mindelstetten in Bavaria on February 18, 1882. The third of six children, Anna was a fine student who studied hard and received good grades. When she was a small child she had felt a deep calling to the religious life  but circumstances sometimes hurl themselves into your path, changing your destination.

Anna’s dad passed away at the age of 40, when Anna was 14. The year was 1896.  Anna had already been working part time for a household in Regensburg but now her family was thrust into poverty. She had dreamed of one day entering a religious order but circumstances now forced her to give up thoughts of any more schooling and find full time work to help support the household. She acquired several positions and finally landed a job in a pub called the  Gameskeeper’s Cottage in nearby Stammham. Part of her job description included doing the laundry.

The Victorian-era washing machines they were using were designed to have a fire underneath and the rising heat would boil the water in the tub above. These machines had galvanized metal smoke stacks to vent the smoke outside the building. The stack on the machine Anna was using came loose from the wall. Anna climbed up on the edge of the tub to force the pipe back into the wall. She slipped and fell into the boiling, sudsy water. In a flash she was up to her knees in the  boiling cauldron having her legs boiled.

Anna was rushed to the nearby hospital. Everything they tried to do for her failed to help. They operated more than 30 times and every time the pain was excruciating as they had to scrape dead skin away and re-bandage the poor girl’s legs. She was given up as a lost cause and the experts assumed she would die from infection. Skin grafts would not take and Anna became immobilized.

However, for some unexplainable reason, Anna stabilized and three months later was sent home.

The local doctors, unable to help Anna, several times sent her to the University Clinic of Erlangen for treatment. But this brought her nothing but anguish as the “experts” experimented with various “new” treatments in their quest to help her. They even forcibly broke the joints in her feet several times to free them up from their immobility. The pain she endured must have been horrific.

There was nothing anyone could do to help her and her mother would now take care of her daughter until the end of her life. Anna embarked on a journey of having to endure unimaginable pain every day as her legs would never heal. Open, festering wounds would always be present. But Jesus was in her life coupled with her deep devotion to the Blessed Mother. Anna Schäffer was about to inspire many more than just those in her local community.

Anna had made her First Holy Communion  on April 12, 1893. At that time she had a profound encounter with Jesus. She had not spoken to anyone about it but she wrote a letter to Our Lord telling Him to “do with me as you want … I want to atone and become a sacrifice to atone for all dishonor and offenses against you.” She was 11 years old and was giving herself over to Christ.

In 1898 Anna had a vision where Jesus appeared to her as the Good Shepherd and told her the suffering that was going to be hers before the age of 20. She wrote that Jesus had a rosary in His hands and wanted her to pray faithfully. At the time Anna became frightened as the thought of all the suffering scared her greatly. But, as time went on, she accepted the suffering that was hers and embraced it.

On October 4, 1910, Jesus appeared to her saying, “I accepted you in atonement for my Holy Sacrament. And in the future when you receive Holy Communion you will feel the pains of My passion with which I have redeemed you.”

On that day Anna received the stigmata. She wrote that she had the intense pain of the Passion which increased on Thursday, Fridays, Sundays and on feast days. She became a beloved person in the town and people began coming from everywhere to hear the gentle and comforting words she spoke. Every day she drew closer and closer to Jesus and the Blessed Virgin as Jesus united her suffering with His own.

In 1925 Anna developed colon cancer and, at the time, there was nothing anyone could do for that. On October 5, 1925, Anna was given Holy Communion. She opened her eyes wide and said, “Jesus, I live for you.” Then she closed her eyes and journeyed home with her Lord.

Since 1929, Over 15,000 miracles have been attributed to the intercession of Anna Schäffer. In 1998 alone, 551 miracles were reported through her intercession. Anna was beatified by St. John Paul II in 1999 and canonized a saint by her fellow Bavarian, Pope Benedict XVI, in 2011.

Saint Anna Schäffer, pray for us. 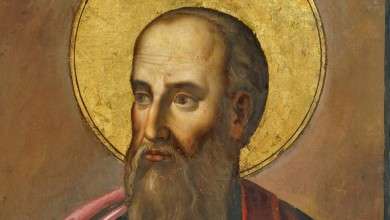 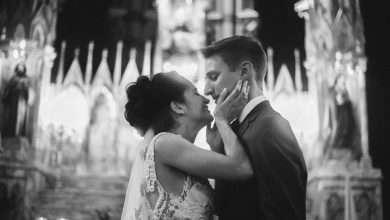 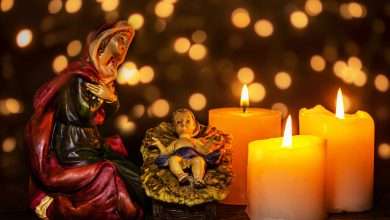 Events surrounding the birth of Jesus