At morning Mass, pope reflects how God’s fidelity always comes first, and he is as patient as necessary. Mass intention: the elderly afraid of dying alone.

At morning Mass on April 15, Pope Francis prayed for the elderly, “especially for those who are isolated or in nursing homes. They are afraid, afraid to die alone. They perceive this pandemic as something that is aggressive against them. They are our roots, our history. They have given us the faith, tradition, the feeling of belonging to a homeland. Let us pray for them, that the Lord will be close to them in this moment.”

In his homily, the Holy Father reflected on God’s fidelity and our own fidelity as a response.

Our fidelity is nothing more that a response to the fidelity of God. God who is faithful to his word, who is faithful to his promise, who walks with his people, fulling the promise close to his people. Faithful to the promise … God, who is able to re-make things, to re-create, as he did with this man who was paralyzed from birth, re-creating his feet, he healed him. The God who heals, the God who always brings consolation to his people. The God who re-creates. A new re-creation: This is his faithfulness with us. A re-creation that is more marvelous than creation.

The pope said that God is not afraid of “getting tired, so to speak,” and he referenced the parable of the lost sheep, with the shepherd willing to go out again in search of the animal, or of the prodigal son, with the father endlessly searching for his child.

Our God is a God who works extra hours, but not for pay: he does it for free. It is the fidelity of giving freely, of abundance.

The pope said that another characteristic of God’s fidelity is patience.

The Holy Father noted how we do not know what happened in the encounter between Jesus and Simon, which is reported to the Emmaus disciples when they get back to Jerusalem:

Then they said to each other,

“Were not our hearts burning within us

while he spoke to us on the way and opened the Scriptures to us?”

So they set out at once and returned to Jerusalem

where they found gathered together

the Eleven and those with them who were saying,

“The Lord has truly been raised and has appeared to Simon!”

Then the two recounted what had taken place on the way

and how he was made known to them in the breaking of the bread.

The pope remarked that we only know that Jesus looked for Peter, who had denied him. 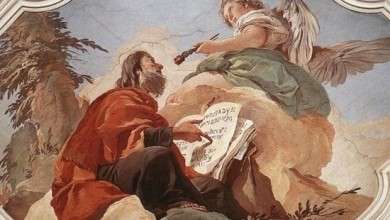 Be not afraid: a lesson to remember in all times of trouble