The appointment will fuel debate about Turkey’s Islamic identity

A full-time imam will be appointed to Turkey’s Hagia Sophia, according to Turkish news sources.
The appointment is likely to be controversial, especially with the Greek government and those who fear Turkey is being “Islamised”. In July, The Greek Foreign Minister called the reintroduction of Koran readings in Hagia Sophia, for the first time since 1935, “regressive”. In response, the Turkish Foreign Ministry described Greek criticisms as “unacceptable”.
Hagia Sophia symbolises Turkey’s fraught religious history. For nearly a thousand years after its construction in 537, it was the world’s largest cathedral. In 1453, after the capture of Constantinople by the Ottoman Empire, it became a mosque. In 1935, as Turkey embarked on a secularisation programme, it was turned into a museum.
The building’s increasingly Islamic identity comes as Turkish President Recep Tayyip Erdogan implements policies which critics have described as Islamisation. Erdogan says he is committed to secularism, but his administration has lifted a ban on headscarves and attempted to restrict alcohol sales.
Hagia Sophia’s new imam will only be able to lead prayers in a designated area just outside the building.
Some Turkish Muslims have publicly called for Hagia Sophia to return to its pre-1935 function as a place of worship. In June, Şamil Tayyar, an MP for the ruling Justice and Development party, said the building “should be open for worship” in response to Germany’s recognition of the Armenian genocide and to American support for Kurds in Turkey.
In July, a Greek MEP, Elissavet Vozemberg-Vrionidi, suggested in a written question to the European Commission that the Turkish authorities were “seeking to impose a Muslim identity on this monument and turn Hagia Sophia into a mosque.”
Thousands of Muslim demonstrators have prayed outside the building, and chanted, “Let the chains break, open Hagia Sophia.” Meanwhile, apetition against the transformation of Hagia Sophia into a mosque has gained more than 30,000 signatures.

Christians in Germany assaulted by Muslims 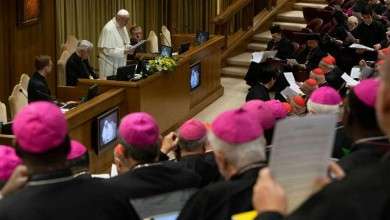