Full Question
Has the Church ever banned the reading of the Bible by the laity?
Answer
NO, the church never made such ban.
Diving back into history, the church forbade the faithful from attending gatherings organized by heretical groups and reading their writings because the heretics had unorthodox interpretations of the holy Bible and an average laity at the time didn’t have access to a ‘real’ bible as it was rare; the printing press wasn’t invented yet so the bible was handwritten.
I would say the main focus of the Church on this subject was protecting the laity from heretical teachings; this truth still holds even after the invention of the printing press, many versions and translations of the bible were forbidden by the church because they had heretical texts and translations
In 1582, the Douay-Rheims bible was published in English (translated from Latin) and made available to all; even before then, Latin Vulgate versions as well as other approved vernacular translations were made available to Catholics. King James Version was published some years later, 1611. So, the church never hid the bible away from the laity or banned them from reading the correct translations of the Holy Bible

Should we kneel at Mass? 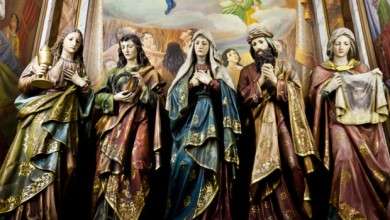 Do Catholics Worship Saints and Statues?

Does having multiple priests consecrating the Eucharist mean anything or give additional special meaning to the Mass?