Advertisement
Fr. Donald Calloway could give St. Augustine a run for his money, in terms of dramatic conversion stories.
In a recent Vimeo video produced by Spirit Juice Studios and the Knights of Columbus, Fr. Calloway recalled his radical transformation from atheist, drug-addicted high school dropout to Catholic priest.
The child of a military family, Donald (his family called him Donnie), moved from Virginia to Southern California with his parents at the age of 10.
He was enticed by the lifestyle of Southern California, and by the age of 13, was living solely for pleasure, a pursuit that would eventually lead to a downward spiral landing him in rehab, jail, and with suicidal thoughts.
When his dad announced one day that the family would be moving to Japan, Donnie became “enraged” at the thought of leaving.
Once in Japan, Donnie sought out friends who were into the same things he was.
Those friends soon became his connection to the Japanese mafia organization called the yakuza.

“I was a little Caucasian boy that they could fill up my backpack with all these drugs and money, to run to different casinos on the big island of Honshu, the main island of Japan,” he recalled in the video.
Donnie was wanted by the Japanese government and the United States government, including the U.S. military presence in Japan.
“They literally kicked me out of the country with two military police officers handcuffed at my feet and my hands, and I was released into the custody of my father,” he said.
Donnie was placed into a rehabilitation center, but relapsed immediately after he was released. At that point in his life, happiness was equivalent to feeling good, which meant never coming down from being high. He tried to never be sober.
Occasionally he would wonder about the meaning of life, but it was always in terms of achieving and maintaining the high of those experiences, it wasn’t in a religious context.
Then one night, an almost-21-year-old Donnie was spending a quiet night at home in his room. Without the distraction of music or the noises of a party, his thoughts soon turned dark – to panic and suicide. Looking for a diversion, he grabbed a random book from his parent’s bookshelf, which happened to be about Marian apparitions.
Although his mother was a devout Catholic, he had rejected religion for so long that he had no idea who the Blessed Virgin Mary was.
But he started reading, and he was hooked.
“It talked about a beautiful woman named Mary who was the mother of Jesus, and that she was beautiful, so beautiful that she would make little children cry and fall on their knees because of her femininity and her loveliness. That fascinated me,” he said.
“I think God used the beauty of the Virgin Mary to get me, and it was a brilliant method because it worked. I read the whole book in one night, and that began my radical falling in love with Jesus Christ.”
In his book “No Turning Back: A Witness to Mercy”, Fr. Donald recalls what happened the next morning.
Barely able to spit out his experience to his mom, because of his embarrassment and lack of religious vocabulary, he eventually convinced her that he had had a sincere religious experience. She immediately started calling every priest she could think of that would meet with her son.

But it was just after 6 a.m., and most priests were not awake, or were not up for a very early morning appointment.
“…the priest did not comprehend the urgency of the situation — the need for a meeting at 6:30 a.m., with no prior notice. In his mind, what could be so important that it couldn’t wait a couple of hours? Unwilling to give up so easily, my mother called a second priest but got much the same response. ‘Can we put off the meeting until 8:30 or 9:00 a.m.?’ he asked.”
“As she was dialing a third priest, I interrupted and said, ‘Mom, isn’t there one of those … .’ My voice trailing off much as it did before. I didn’t even know what to call it. We were living at Norfolk Naval Air Station, and I didn’t know if the place I was thinking of was called a church or a chapel. I said, ‘Isn’t there one of those things just inside the main gate?’” he recalled in his book.
“Understanding what I was referring to, she looked me right in the eye and said, ‘Yes, Donnie. Run!’”
Soon after, he was able to meet with a priest, who invited him to come and watch him celebrate Mass. After Mass, the priest gave Donnie a painting of Jesus.
“I was shocked that (Jesus) was not looking at me like he was going to crush me. The image was of him in a gesture of blessing. I began to cry. I realized that I was loved and that I was wanted by God,” he said.
Eventually, Donnie became a priest with the Congregation of Marian Fathers of the Immaculate Conception of the Most Blessed Virgin Mary. He often travels to speak about his remarkable conversion story.
“I often tell people that I’m Exhibit A of Divine Mercy – it works. I’ve done so many bad things and hurt so many people, and yet there’s mercy for someone like me. And if that’s true, and it is, then the whole world, there’s an ocean of mercy waiting for us,” he said.
“Jesus loves you, and he came for you. God is madly in love with you, he’s longing for your friendship, he’s panting for your heart. Give it to him, and trust in him.”
This article was originally published on CNA Oct. 15, 2016. 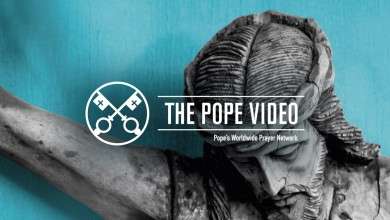 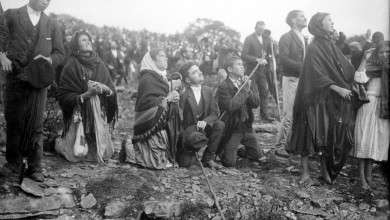 A scientist explains the Miracle of the Sun at Fatima.