Christine had fallen ill with what turned out to be an aneurysm, and it looked like she was going to die. Once at the hospital, Christine fell into a coma and became unresponsive.

Today, Christine is healed. She recently received her Master’s degree from Loyola University in New Orleans, and she can drive and live independently.

Her recovery could be a miracle that progresses the sainthood cause of a Louisiana Creole religious sister, say authorities from the Diocese of Little Rock Arkansas.

While Christine was ill, her mother prayed for the intercession of Venerable Henriette DeLille, asking for healing for her daughter.

“From the time she learned about her sickness, she started to pray, and prayed to Henriette the whole time. Even though it seemed like things weren’t going to work, she held onto that belief,” Sister Doris Goudeaux, co-director of the Henriette Delille Commission Office, told the Arkansas Catholic.

Born in 1812 to a wealthy French father and a free Creole woman of Spanish, French and African descent, Henriette was groomed throughout her childhood to become a part of what was then known as the placage system.

Under the placage system, free women of color (term used at the time for people of full or partial African descent, who were no longer or never were slaves) entered into common law marriages with wealthy white plantation owners, who often kept their legitimate families at the plantations in the country. It was a rigid system, but afforded free women of color comfortable and even luxurious lives.

Trained in French literature, music, dancing, and nursing, Henriette was prepared to become the “kept woman” of a wealthy white man throughout her childhood.

However, in her early 20s, Henriette declared that her religious convictions could not be reconciled with the placage lifestyle for which she was being prepared. Raised Catholic, which was typical for free people of color at the time, she had recently had a deep encounter with God, and believed that the placage system violated Church teaching on the sanctity of marriage.

In 1836, wanting to dedicate her life to God, Henriette used the proceeds of an inheritance to found a small unrecognized order of nuns, the Sisters of the Presentation of the Blessed Virgin Mary, known today as the Sisters of the Holy Family.

During Henriette’s lifetime, the Sisters taught religion and other subjects to the slaves, even though it was illegal to do so at the time, punishable by death or life imprisonment. The sisters also encouraged free women of color to marry men of their own class and to have their marriages blessed in the Church, and they established a nursing home for the poor and sick elderly, among other works.

In 1988, the Mother Superior of the order at the time requested the opening of Henriette Delille’s cause for canonization. She was declared a Servant of God, and then was declared Venerable by Pope Benedict XVI on March 27, 2010.

A miracle through Henriette’s intercession is needed for her beatification, the next step in the process before canonization to sainthood.

The Diocese of Little Rock, Arkansas has been studying and gathering information on the healing of Christine McGee, which they believe could be that miracle. They first informed the Holy Family sisters of the miracle, and the sisters then granted their approval for the diocese to proceed in its investigation.

Because the possible miracle occurred in the Diocese of Little Rock, they were the ones to undertake the investigation, starting in 2015.

According to the Arkansas Catholic, a diocesan tribunal has submitted formal documentation to the Congregation for the Causes of Saints at the Vatican, which is considering the evidence of the possible miracle and whether it will be approved for the cause of Venerable Henriette.

“We served as a fact-finding gathering source for the Holy See,” Father Greg Luyet, JCL, told the Arkansas Catholic. Luyet serves as judicial vicar for the Diocese of Little Rock and oversaw the canonical processes involved in this stage of Henriette’s cause.

Sr. Doris told the Arkansas Catholic that the Congregation for the Causes of Saints has already issued “a decree of juridical validity,” dated December 2018, which confirmed that the diocese met the documentation requirements necessary for a possible miracle to be considered.

There are currently at least four other Catholics of African American descent whose causes are being considered for sainthood, including Julia Greeley, Pierre Toussaint, Mother Mary Lange, and Father Augustus Tolton. If the possible miracle for Henriette’s cause is approved, she would move on step closer to possibly being the first officially canonized saint of African American descent in the United States. 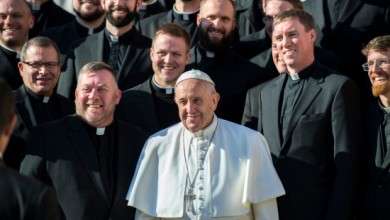