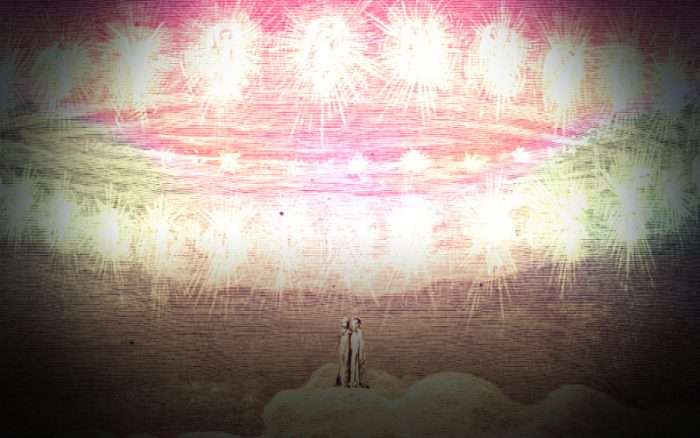 Hidden Angelic Armies: What an Obscure OT Story Reveals About the Supernatural

Elisha the prophet had become a menace to the king of Syria.

Syria and Israel were at war, and yet Israel always seemed to anticipate the Syrian army’s movements. At first the Syrian king wanted to know which of his advisors was treacherously passing information to the enemy. But one of his servants explained to him the truth: “None, my lord, O king; but Elisha, the prophet who is in Israel, tells the king of Israel the words that you speak in your bedroom.” (2 King 6.12)

With that, Elisha (not to be confused with his predecessor Elijah) became enemy number one. The king discovered where Elisha was staying and immediately sent his army to surround the city.

And that’s when crazy things started to happen.

Early in the morning, Elisha’s servant woke up and went outside, only to be terrified to see the Syrian army encircling them. The servant thought the situation was hopeless, but Elisha remained calm.

What was Elisha talking about? They had no army, and yet the Syrian army was about to attack them. So Elisha quietly prayed, “O Lord, please open his eyes that he may see.”

“The Lord opened the eyes of the young man,” Scripture tells us, “and he saw, and behold, the mountain was full of horses and chariots of fire all around Elisha.” (2 King 6.17) Elisha wasn’t worried because they were being protected by an invisible angelic army!

Elisha didn’t take the opportunity to just run away, but did something clever. He took command of the confused Syrian army saying, “This is not the way, and this is not the city. Follow me, and I will bring you to the man whom you seek.” And he led them to the land of Samaria to the king of Israel. When they arrived, he prayed to God again, asking that he would restore their sight, which God did immediately.

Elisha gave a surprising answer: “You shall not strike them down. Would you strike down those whom you have taken captive with your sword and with your bow? Set bread and water before them, that they may eat and drink and go to their master.” (2 Kings 6. 22)

Scripture then tells us that the king “prepared for them a great feast, and when they had eaten and drunk, he sent them away, and they went to their master. And the Syrians did not come again on raids into the land of Israel.” (2 Kings 6.23)

May we have such faith! First, to remember that there is more at play in the world than what we can see. And second, to show such love and mercy to our enemies!

The Prophet Elisha, please pray for us!